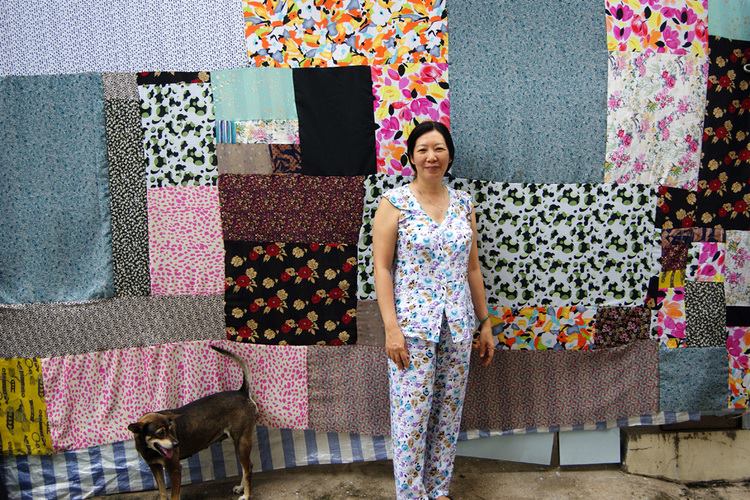 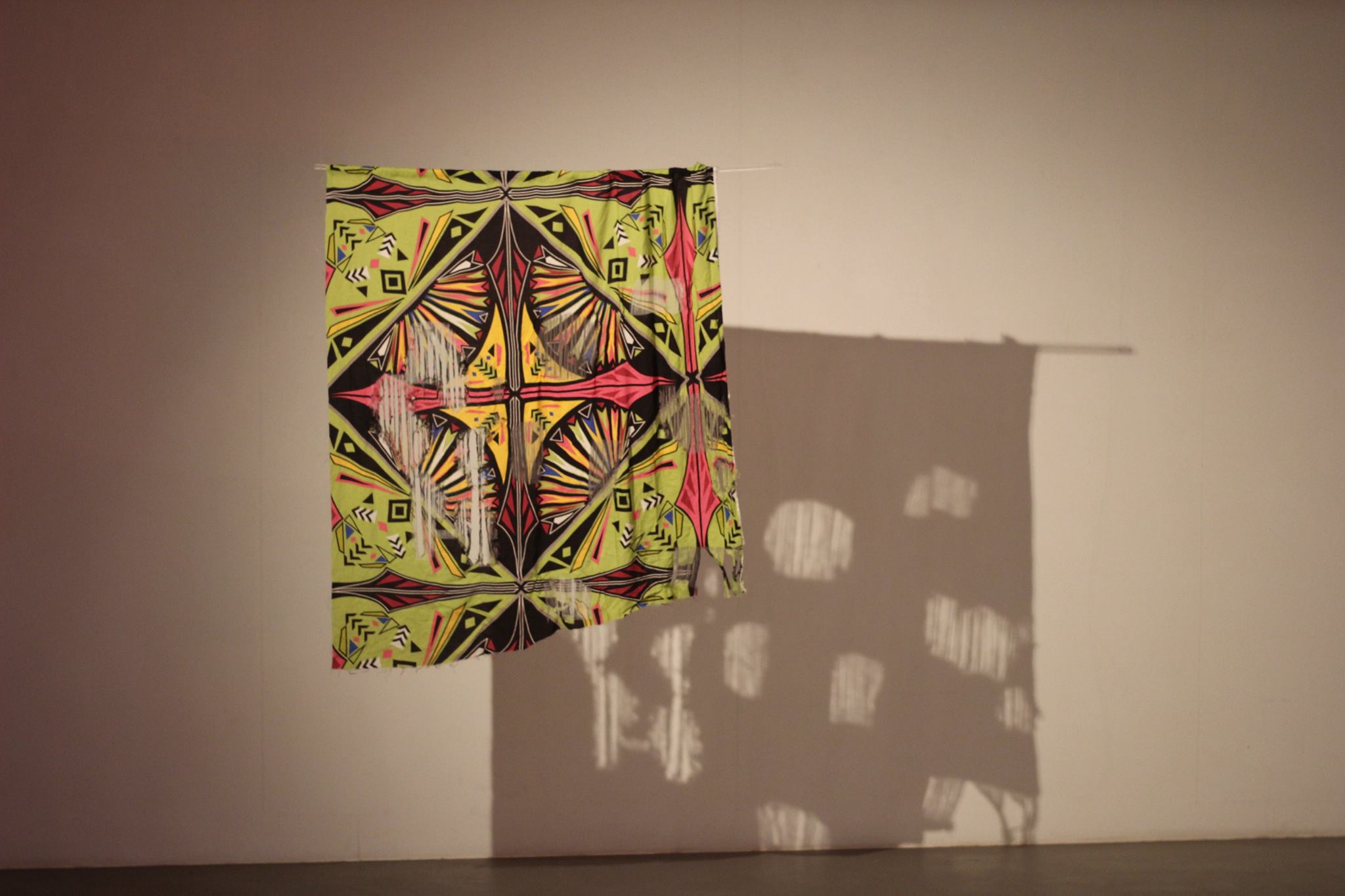 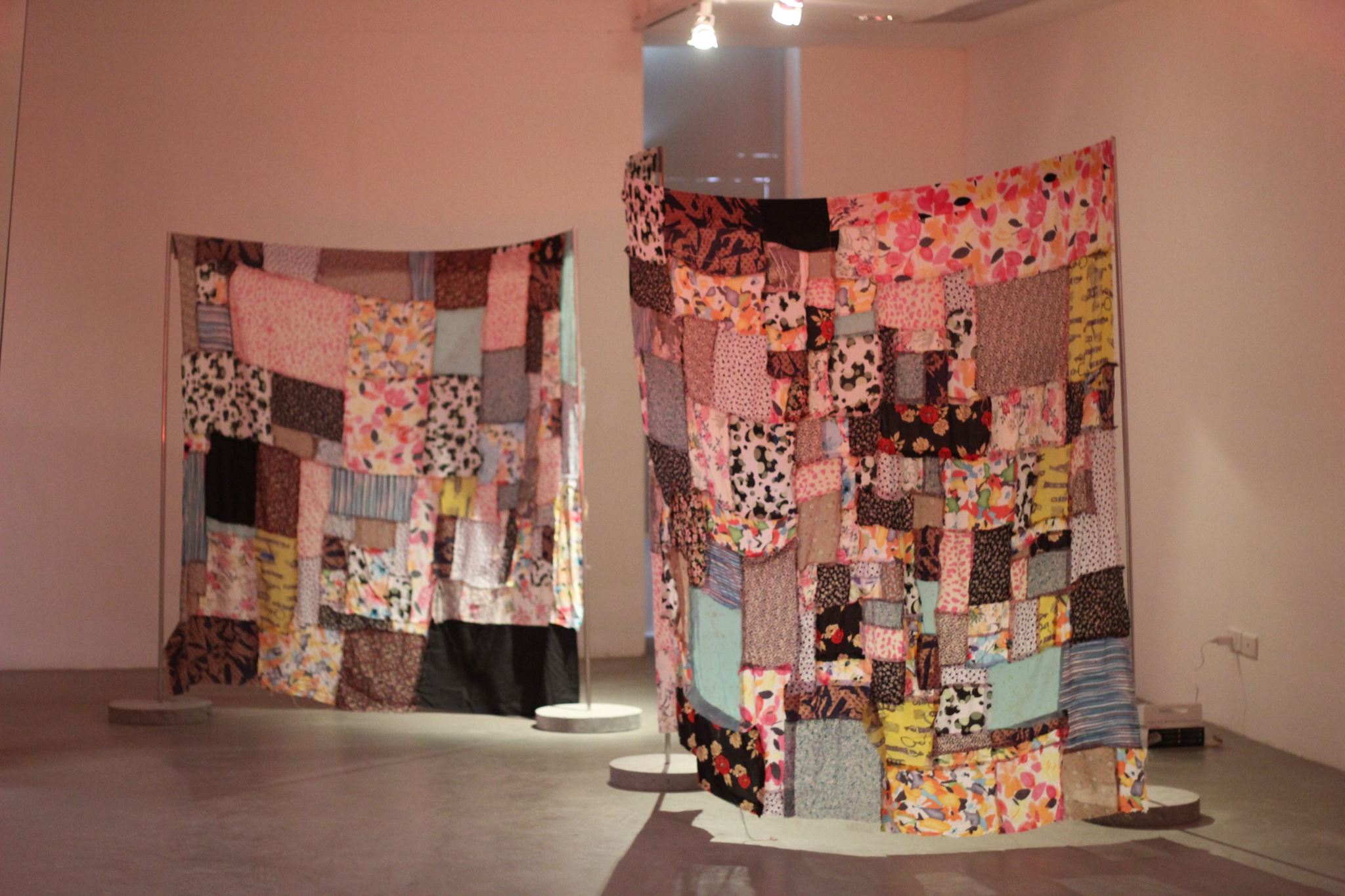 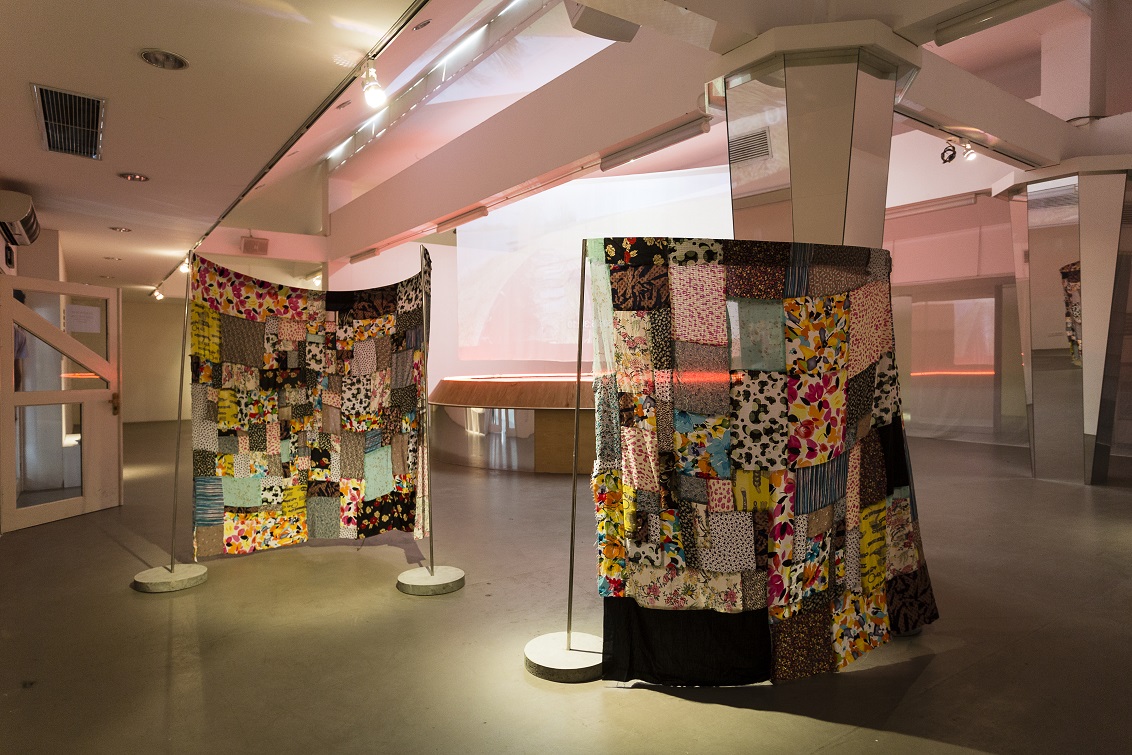 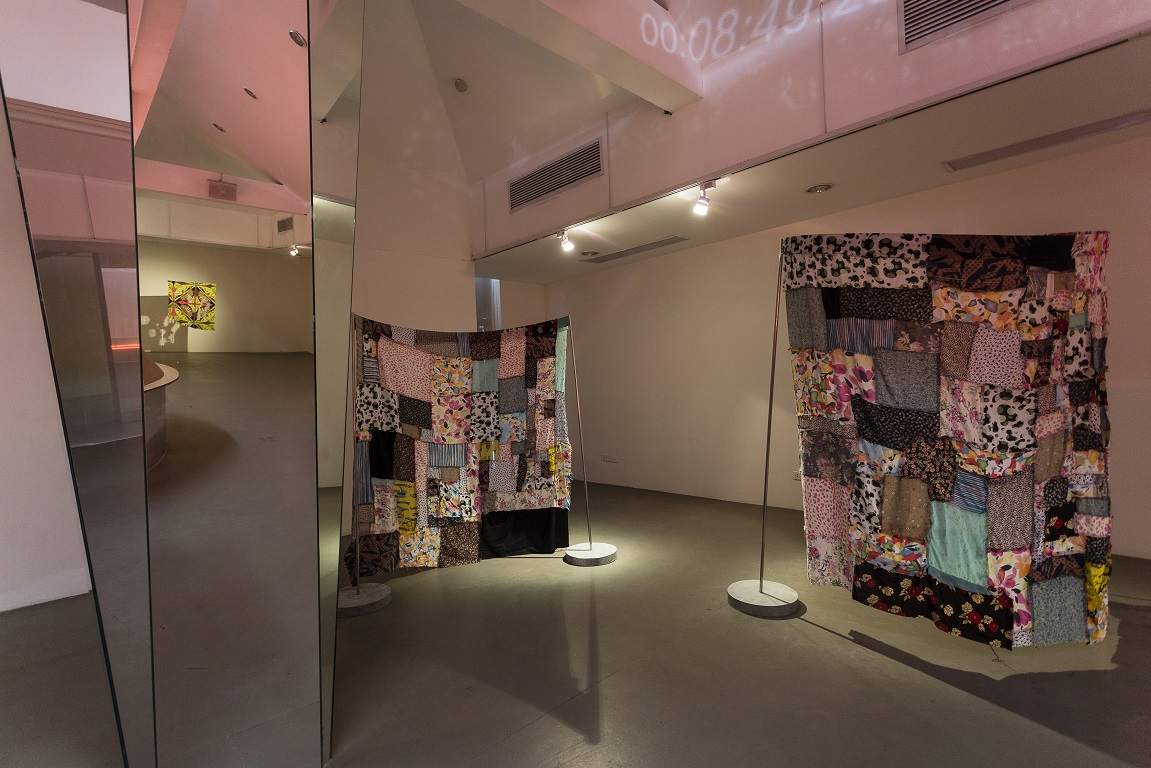 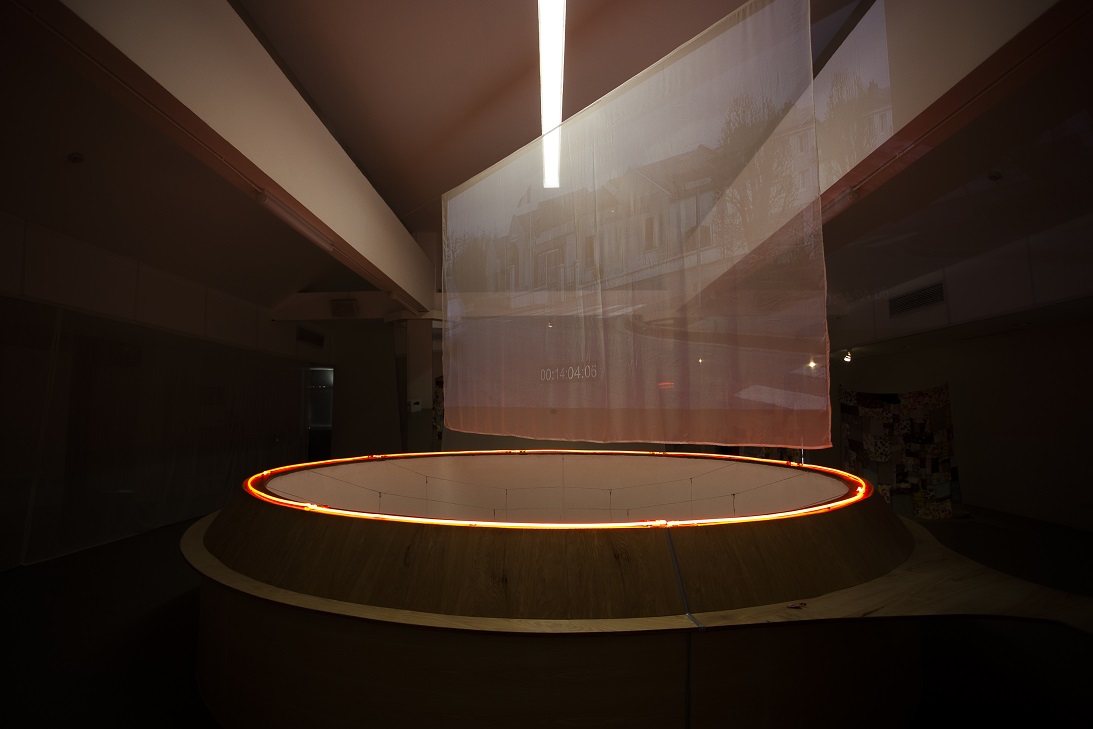 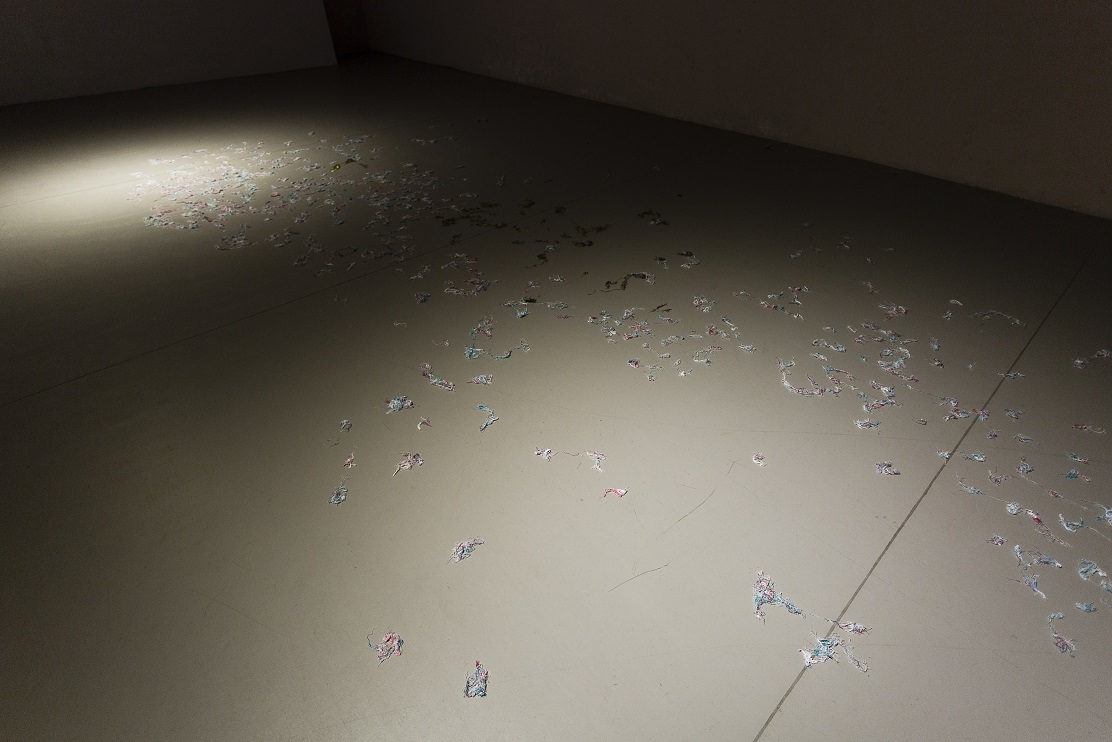 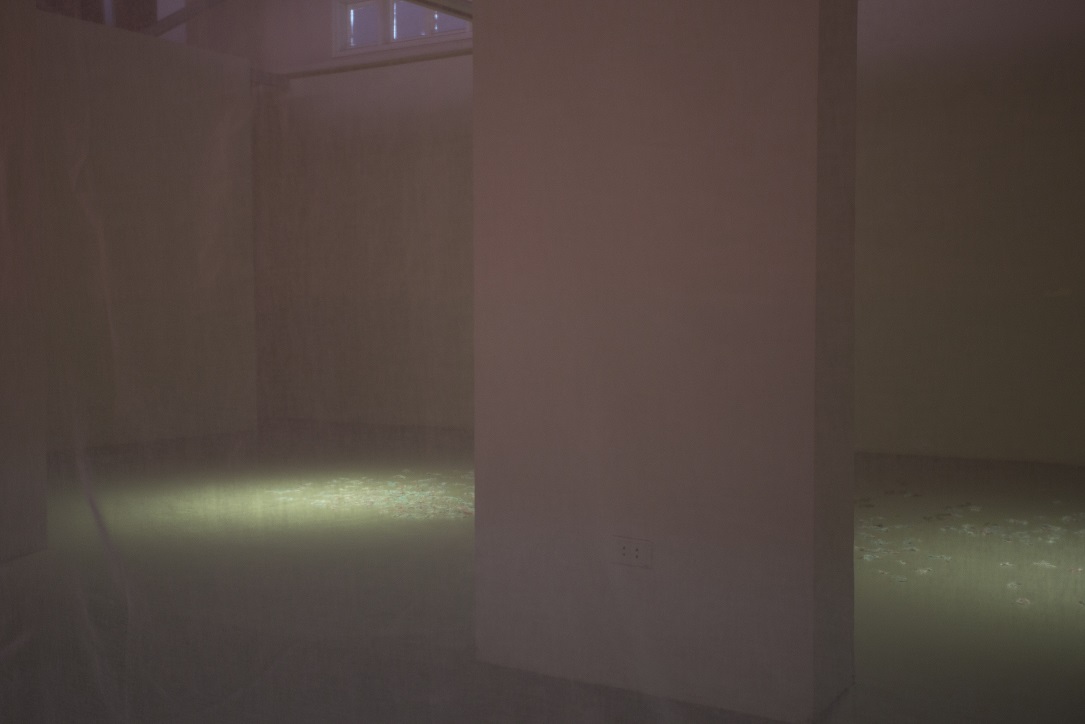 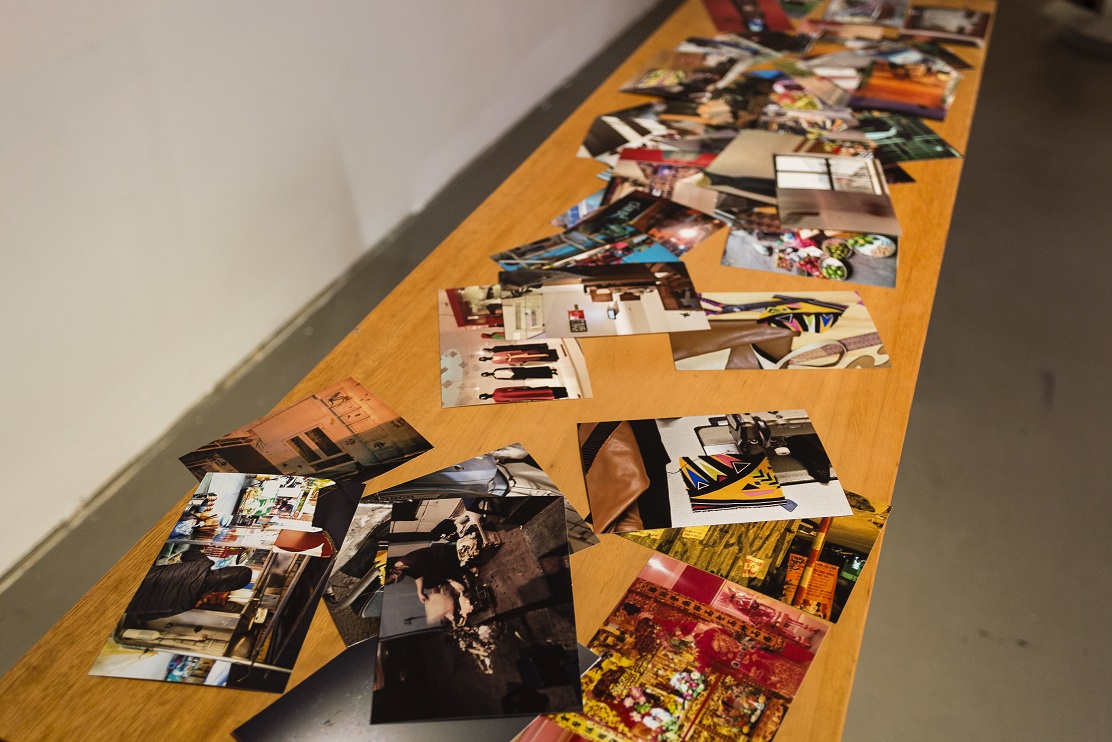 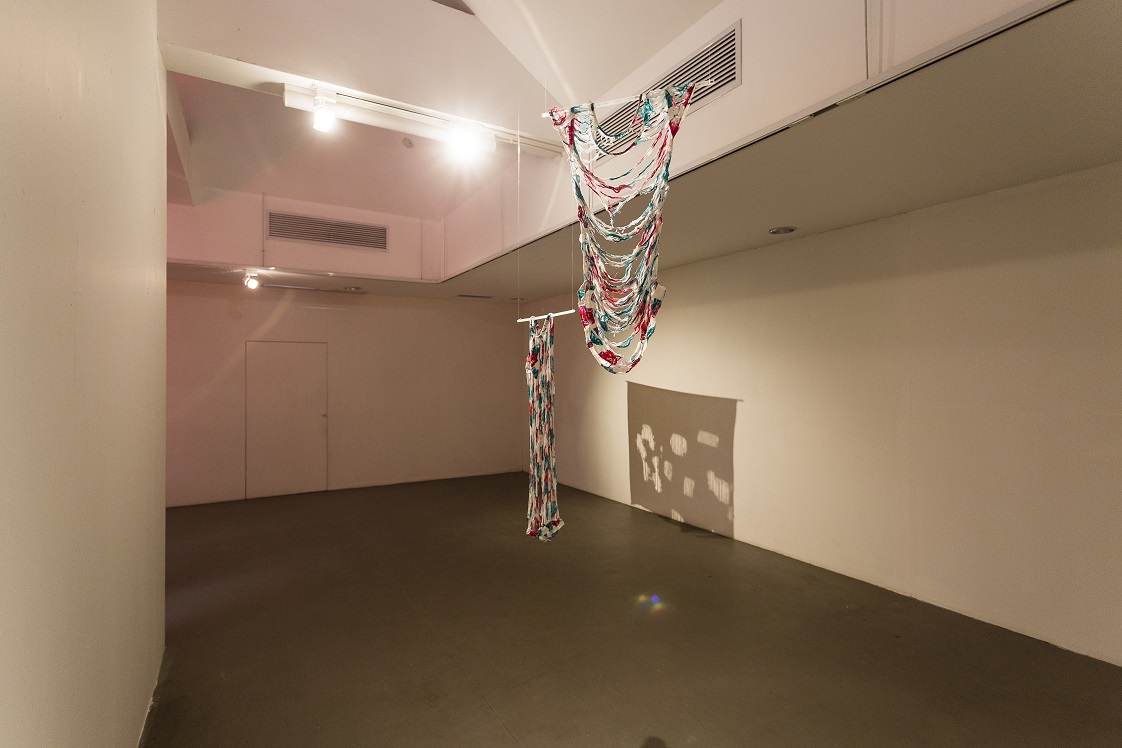 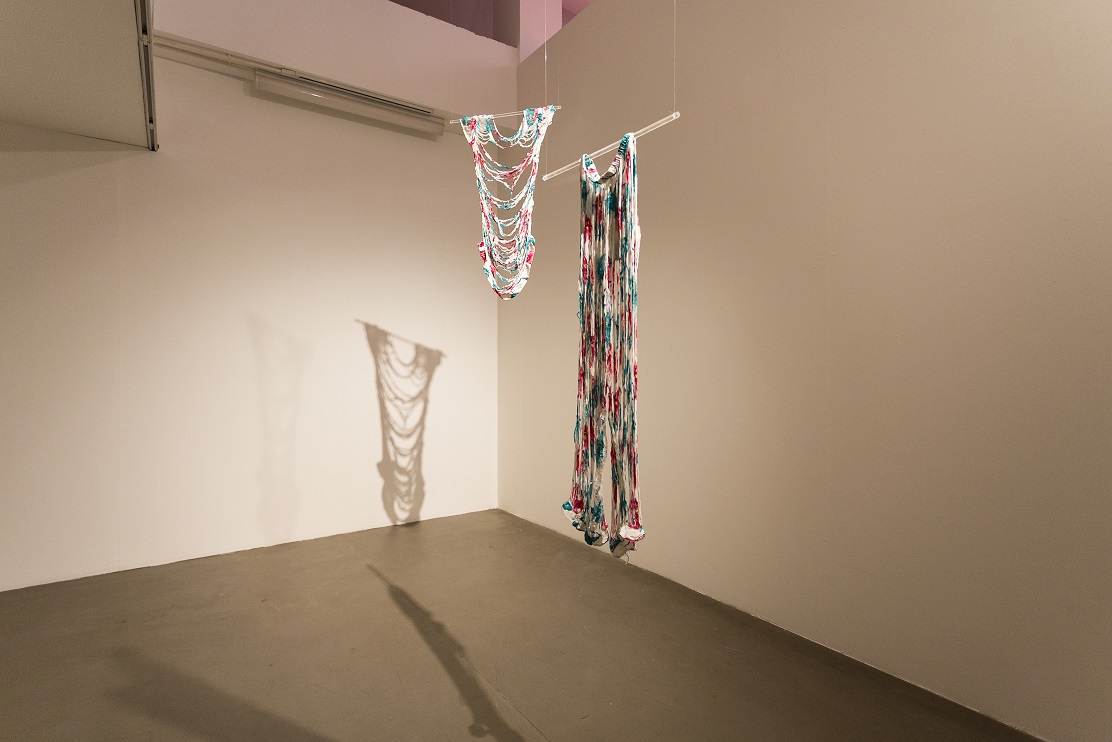 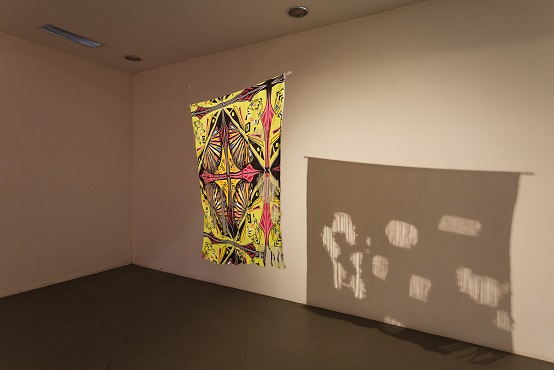 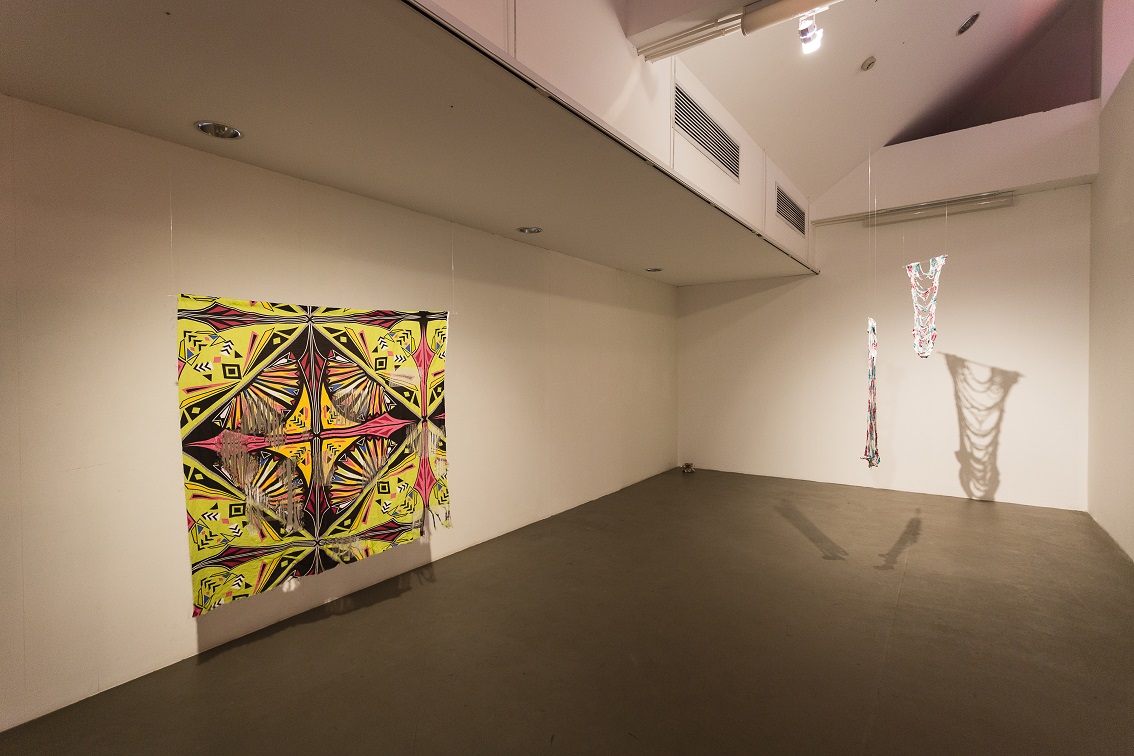 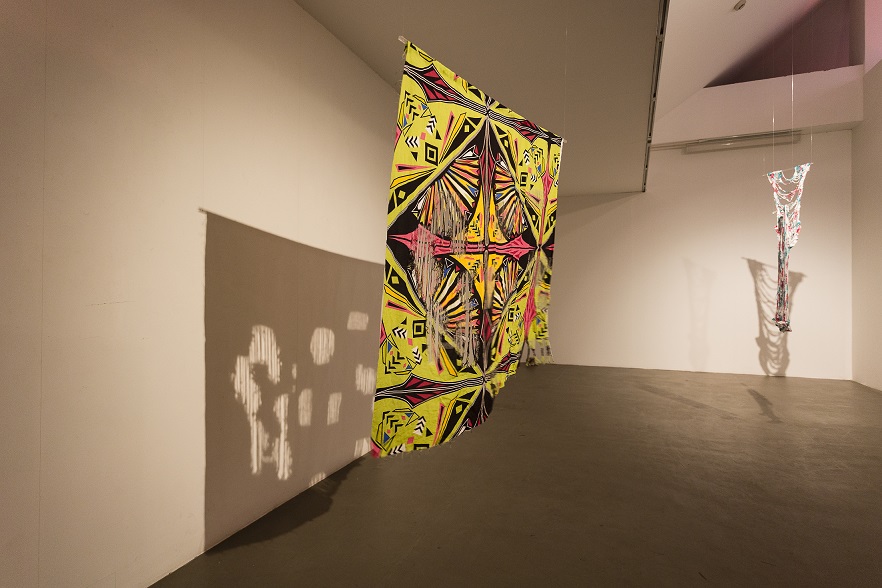 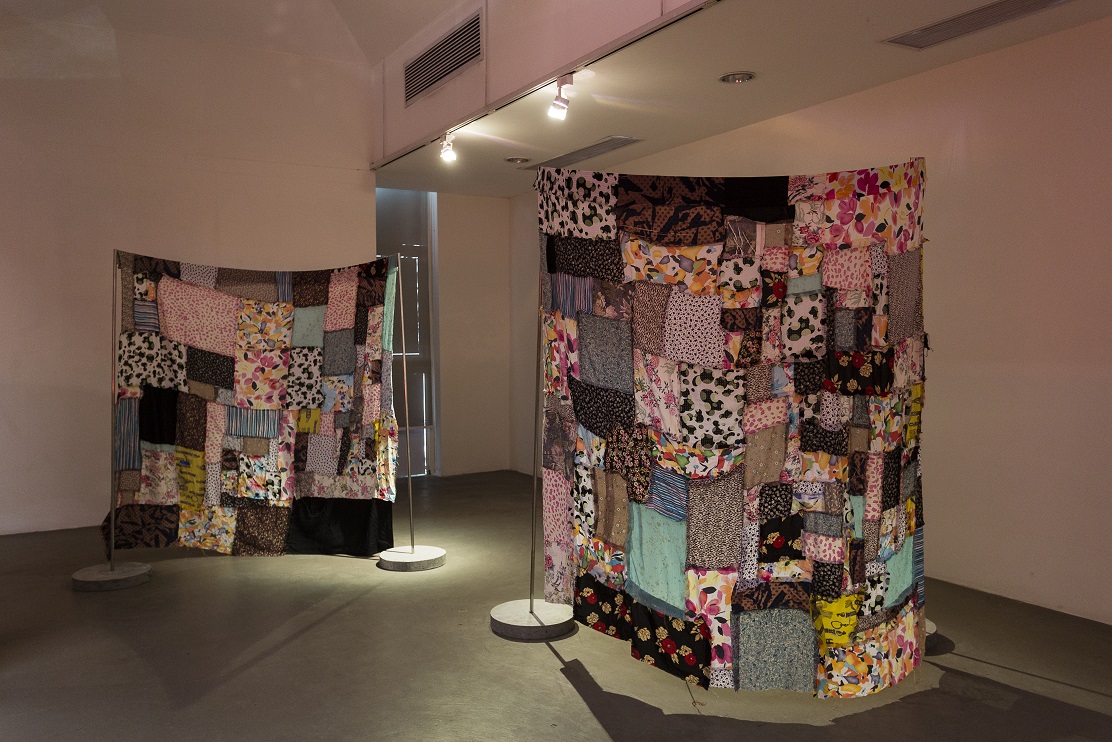 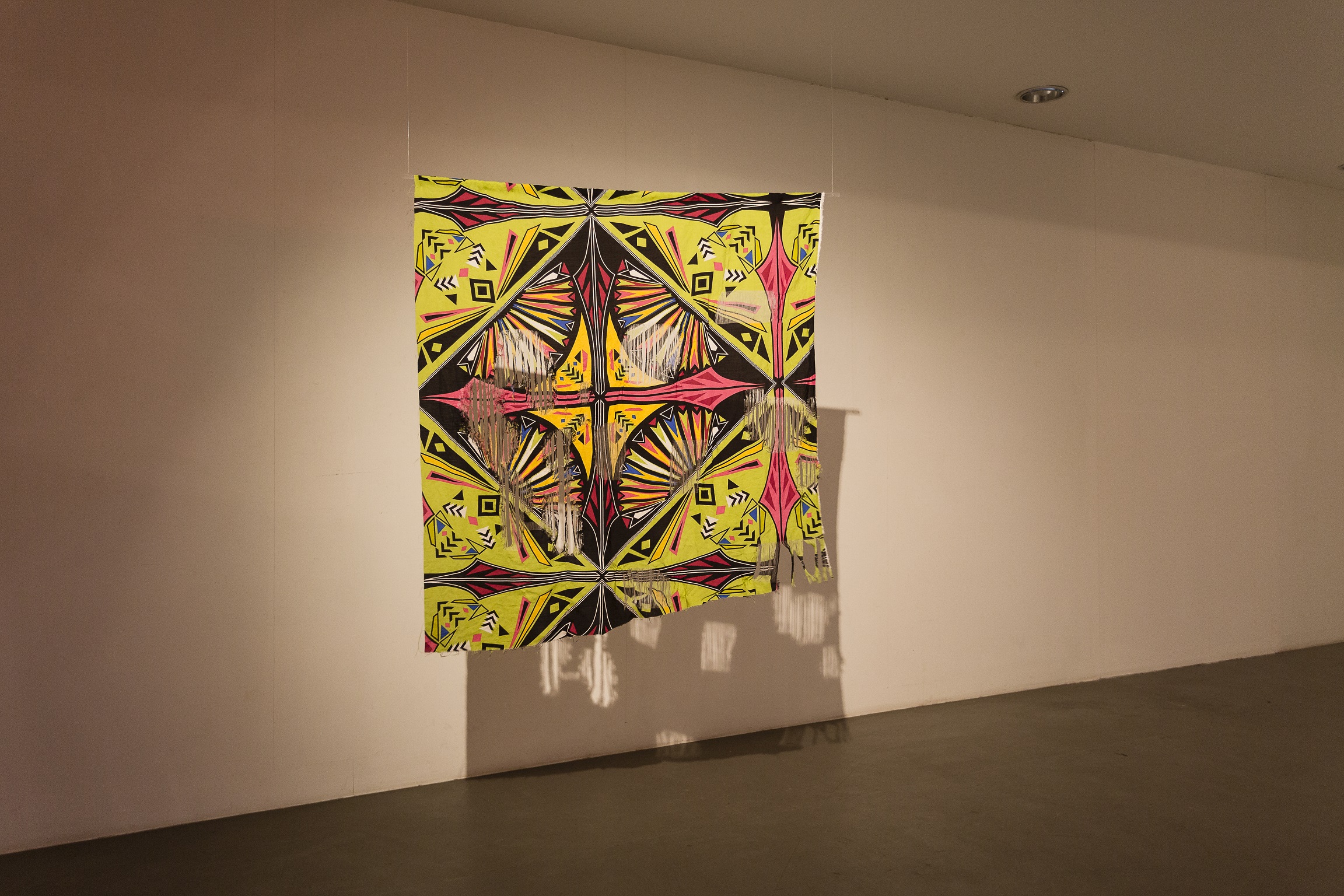 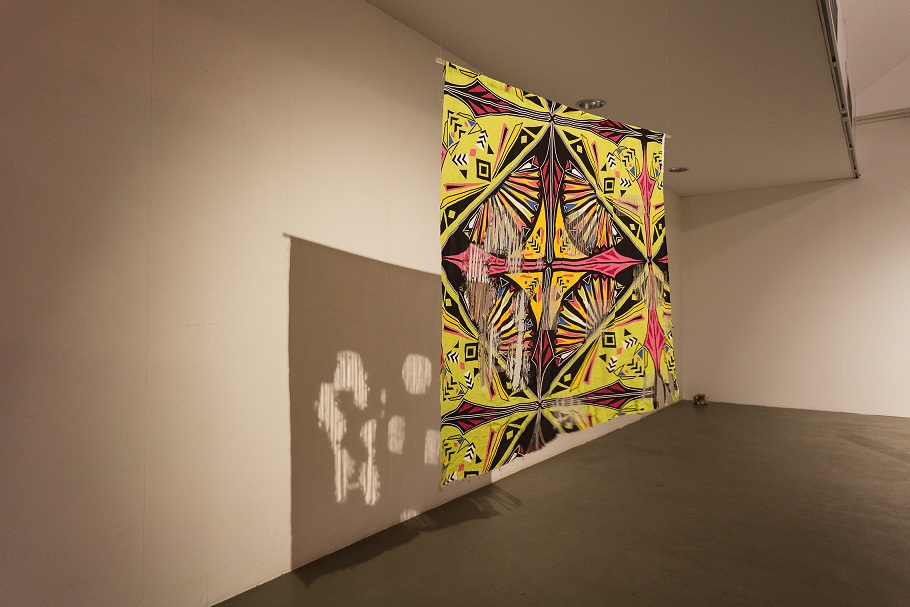 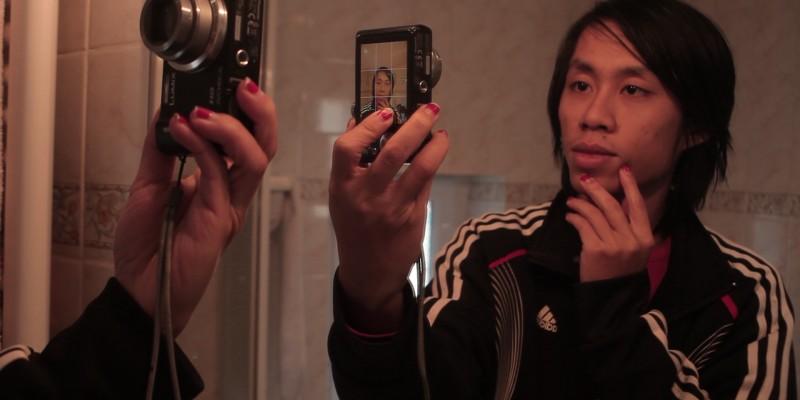 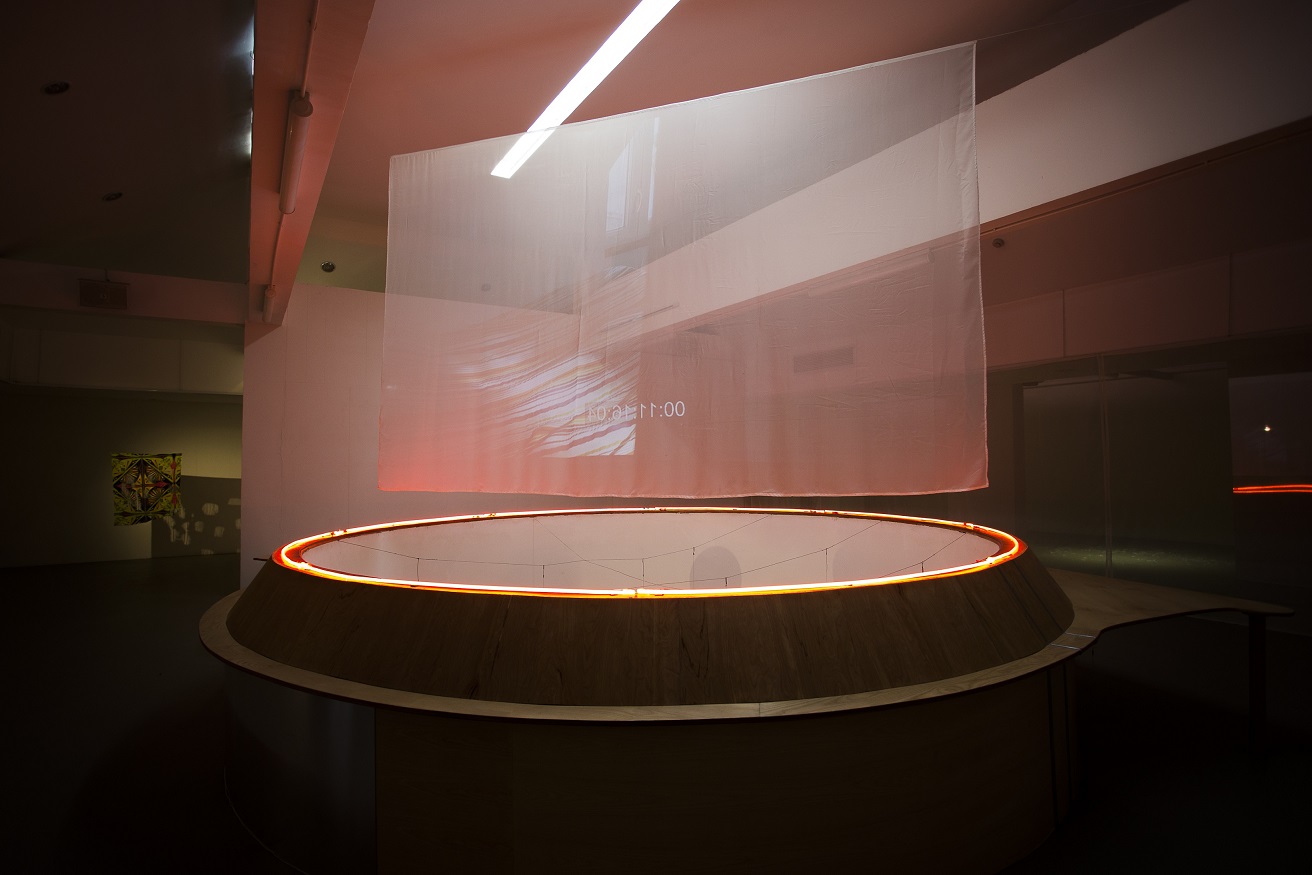 The Man with the Red Nails - Trương Minh Quý

“The Man With The Red Nails” describes the partially dreamt, partially real experience of exile of a man with no memory, played by the artist himself. His journey begins when he wakes up by the Loire riverbank in France and realises he no longer remembers anything. The character is adrift in a strange city, searching for a way to survive and find his identify. The film becomes a hypothetical space in which all borders in the construction of character and narrative, along with concepts of gender, nationality, geographical distances, culture and language, are blurred.

“Untitleds” by Nguyễn Quốc Thành follows the development of the local contemporary art scene. The artist collects remnants left behind in different forms after exhibitions and art related events in both public and private spaces, and uses them to create new artwork. Throughout the duration of SKYLINES 3, this series will appear alongside other participating artists’ works at various venues, acting as both an intervention of and a catalyst for discussion between the art of the past and that of today.
-

Lêna Bùi
Born in 1985 in Đà Nẵng, Lêna Bùi now lives and works in Hồ Chí Minh City. With a B.A in East Asian Studies from Wesleyan University (USA) and training in woodcuts and ink painting, she has expanded her practice to include video and installation. Her works are at times amusing anecdotes and at others in-depth articulations of gender stereotypes, humans’ relationship with nature and how intangible aspects of life, such as faith, death and dreams, influence our behaviour and perception.
Her work has been featured in exhibitions including Residual: Disrupted Choreographies (Carré d’Art Museum, Nimes, France 2014), Foreign Bodies (Wellcome Collection, London, UK, 2013), Voracious Embrace (Hồ Chí Minh City Fine Arts Museum, HCMC, Việt Nam 2012), Let Momo eat cake (Mino Washi Museum, Japan, 2011) etc. Since participating in the 2012 Wellcome Trust initiative Art in Global Health, Lêna has gone on to work on projects with the Oxford University Clinical Research Unit in Việt Nam and Nepal.

Minh Quý explores his ideas primarily through video and experimental filmmaking. The images and narratives in his works often stand on the border between the real and the surreal, the personal and the non-personal and address his concern with the human existence in the contexts of urban and non-urban, civilisation and primitivism.

Based in Hà Nội, Nguyễn Quốc Thành explores issues of queer aesthetics and activism through photography, writing, performance, installation, clothes making and organising art events. In 2013, he founded and organised Queer Forever! - an interdisciplinary platform for sharing love and knowledge on queerness and Vietnamese culture, which is the first queer art festival in Việt Nam. Queer Forever! collaborates with individuals, groups and organisations through a regular program of talks, film screenings and art exhibitions. Queer Forever! 2016 is scheduled to take place 16-18 September 2016 in Hà Nội and will feature a mini South East Asia queer film festival and a forum on queer expression in arts in South East Asia.

Quốc Thành is a founding member of Nhà Sàn Collective - an independent contemporary art collective in Hà Nội, and has participated in performance art festivals and exhibitions in Việt Nam, Japan and the US.
_ _ _