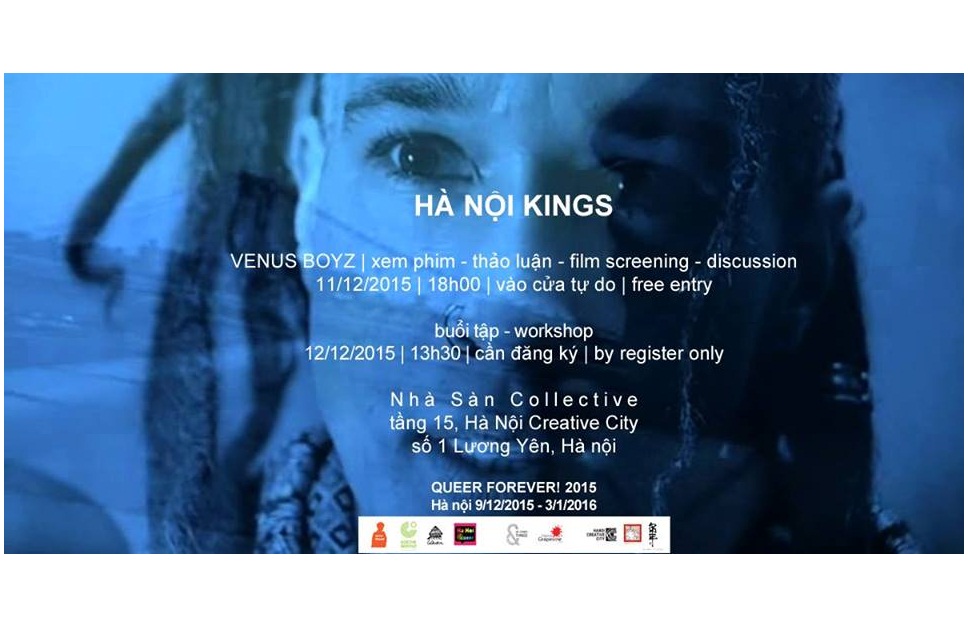 Synopsis
A film journey through a universe of female masculinity. Women become men - some for a night, others for their whole lives. Masculinity and transformation as performance, subversion and existential necessity. An intimate film about people who create intermediate sexual identities.
http://www.venusboyz.com/
English language with Vietnamese subtitles

‘Drag king’ is an English term describing women who cross dress as men on stage. And as the film shows, some people do it for their whole life. Women performing as men are a well-known phenomenon in Vietnamese culture, such as Quan Âm Thị Kính in poetry and chèo, and mediums in Mother Goddess religion. At this event we can also discuss and share our experiences, thoughts about the art of drag and its significance in understanding gender.

We would like to thank "Venus Boyz"'s producers, ONIX Films, for allowing us to use the film footage in this event.