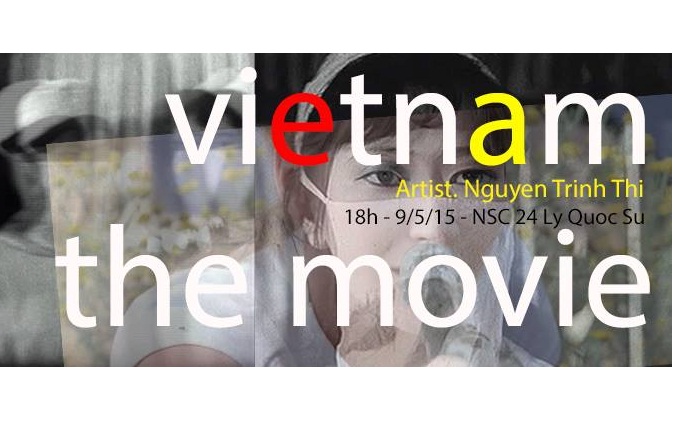 I made my first found footage film in 2010, Song to the Front, re-edited from the 1973 original feature film of the same name produced by the Vietnam Feature Film Studio. The piece is also the first realized work in my pending project Vietnamese Classics Re-Cut Series.

The second film, Vietnam the Movie, was finished just a bit earlier this year. In this work, I re-consider the definition of a nation and its place on the world map by watching how characters in movies and popular media has been referred to in Vietnam during the past 50 years.

Vietnam the Movie surveys how the word "Vietnam" appeared internationally (usually as a war, a symbol, an ideology, a concept), particularly in the context of the Vietnam War, and also the legacy of the Indochina War. It looks into the ways of how popular media forms our collective imaginations, memories, and understandings of a war, a country, a nation.

Along the side with the Hollywood classics such as Apocalypse Now, Born on the Fourth of July, The Deer Hunter, Forrest Gump, Full Metal Jacket, etc.- the forty chosen sources that directly employ the word “Vietnam” also feature the lesser known or virtually forgotten works by Harun Farocki, Fassbinder, Herzog, Nagisa Oshima, and Ann Hui. In particular, the making of this film has granted me the opportunity to explore the political stance of Jean-Luc Godard whose films held the most mention of “Vietnam”, at least among those of the filmmakers surveyed.

My motivations in recycling found footage is to preserve, deconstruct, subvert different kinds of film and media’s aesthetics and language; to re-tell, re-think, re-read, re-engage with history.

Screening Duration: 70 m.
In English with Vietnamese subtitles.
After-screening discussion with the filmmaker