​Dear friends, we are pleased to invite you to IN : ACT, a part of our 20 anniversary program,

If one or more significant practices exist among generations of Nha San artists, performance art has always had its place. If we are to imagine this practice of performance art as something tangible then that gives the impression of something passed down through generations, in their own distinctive communication signals.

About artists and curators

Nguyen Huu Hai Duy was born in Hanoi. He started his experiences with artistic practices initially through observation. Aside from that, he spends most of his time wondering around, taking note, and archiving into his mind the frivolous and incomprehensible phenomenon.

Ha graduated from Hanoi Fine Arts University in 2005. Her art is unique, obsessive and multi-faceted. At first she specialized in performance art: performing the inner self, the urgency of finding self’s origin and everything it clashed into. She usually used her body for experiment and practice, as a test and a question of which answers are but confusions. Developing the media to now encompass photography, painting, sculpture, installation, and video, Dieu Ha still employs the psychological blurriness to form and articulate her artistic voice. Her last notable exhibitions include ’Psychodrama Therapy’ , Rapid Pulse International Performance Art Festival, Chicago, USA, 2014; ‘Mind, Flesh, Matter . Sàn Art, Ho Chi Minh City, 2014. In 2015 Dieu Ha hold the first solo show ‘Conservation of vitality’ with Cuc Gallery, Hanoi, Vietnam

Born 1982, lives and works in Hanoi, and Hoà Bình. He graduated from the Vietnam University of Fine Arts and started to exhibit his works shortly afterwards. He works across multiple disciplines to call attention to the deficiencies in human behaviour. Vu Hong Ninh participated in the 4th Singapore Biennale 2013; Lim Dim, Stenersenmuseet, Oslo, Norway (2009); and continues to exhibit his work throughout Vietnam, Japan, and Europe.

Founded in 2010 by six artists, the Hanoi-based performance art group The Appendix (Nhóm Phụ Lục) is currently made up of four members: Nguyễn Huy An, Vũ Đức Toàn, Nguyễn Song, and Ngô Thành Bắc. Using allegorical everyday objects as props, the group performs in a durational, repetitive and at times nonsensical manner in abstractly staged settings, in order to address social issues, or each member’s personal concerns. The Appendix Group has participated in various local and international performance art events such as Skylines with Flying People 2 in Hà Nội, as well as performance art festivals in Vietnam, South Korea, and Singapore.

Nguyen Dinh Phuong (1989. Born in Moc Chau) graduated from Vietnam University of Fine arts in 2016. Phuong is known for his long and consistent durational performance works. In 2012 - 2013 he stayed in a tent and continued to move to different locations inside the city and the countryside, and to remote, mountainous areas. During this experiment, he encountered countryside people, as well as other homeless people, vendors, police, and had interesting stories with them. After studies, he moved to his hometown which is in a the mountainous area of Northeast Vietnam and continued to experiment with different spaces and his body. In 2017 he did a series of performance in rural areas, which questioned his body movement in relation to the change of spatial perception and understanding, and making of the world.

Born in Nagano, Japan in 1953, Seiji Shimoda is a poet and artist, as well as executive director of NIPAF (Nippon International Performance Art Festival) which he founded in 1993. NIPAF has since contributed greatly to the development of performance art and to the  formation of a network of performance artists in Asia. Seiji Shimoda has also been working as a part-time lecturer at Musashino Art University (Tokyo, since 2000) and Keio University (Tokyo, since 2015). Since 2004 he has been a permanent final jury member of Chinese Performance Art Document at Macau Museum of Art.

studied Philosophy at Saigon, History of Art and Drama Conservatory at Geneva.

«Other side of a dream»,

Award of SSA for Scriptwriter,

Born in 1982. Lives and works Ha Noi, Vietnam. Vu Duc Toan graduated from Vietnam Fine Art University in 2007. In 2010 Toan co-founded Appendix, a performance collective with 5 other artist friends. He participated in various exhibitions, performance art festival in Vietnam and countries in Asia, such as Japan, Korea, China, Taiwan, Cambodia, and Singapore.

Lem TragNguyen is a visual artist, born in Germany and grown up with the intertwined state of the eastern - western spectacle cultures. Lem does not limit herself to any particular form of art, for her making art is the space in which she makes her own discoveries in the course of the creative process, which is characterized simultaneously by action and experimentation; creates essential means to materialize ideas; It contains the potential of both absolute reality and of being the simulacrum of one’s imagination.

Phan Đông Thái và Nguyễn Quốc Thành lives and works in Hanoi. Thái is an engineer, while Thành is a co-founding member of Nhà Sàn Collective, and founder and director of Queer Forever!. The duo has started to make performance together since 2016, with an intention to explore issues of intimacy and togetherness.

Thanks to our volunteers.

We look forward to seeing you soon. 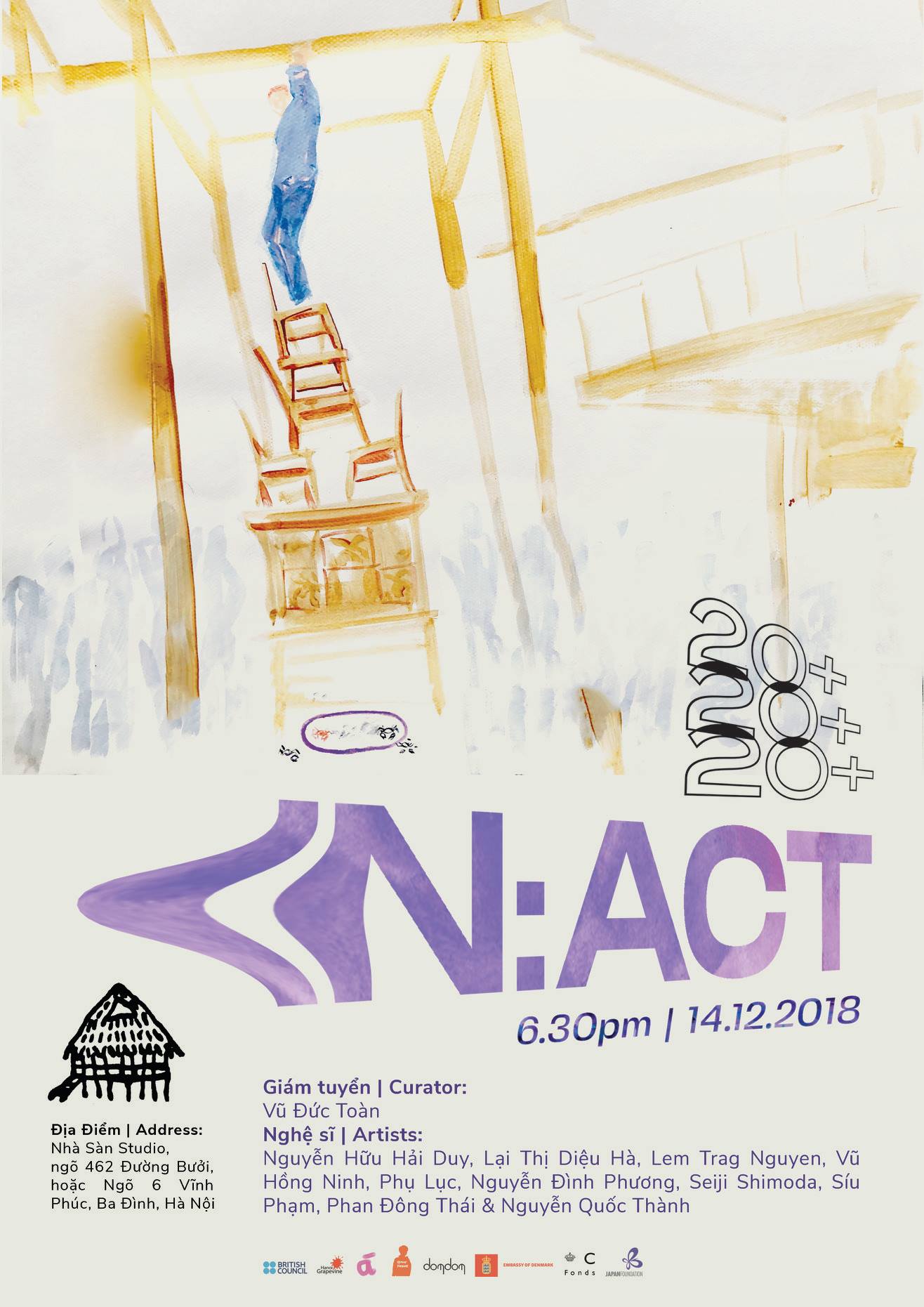