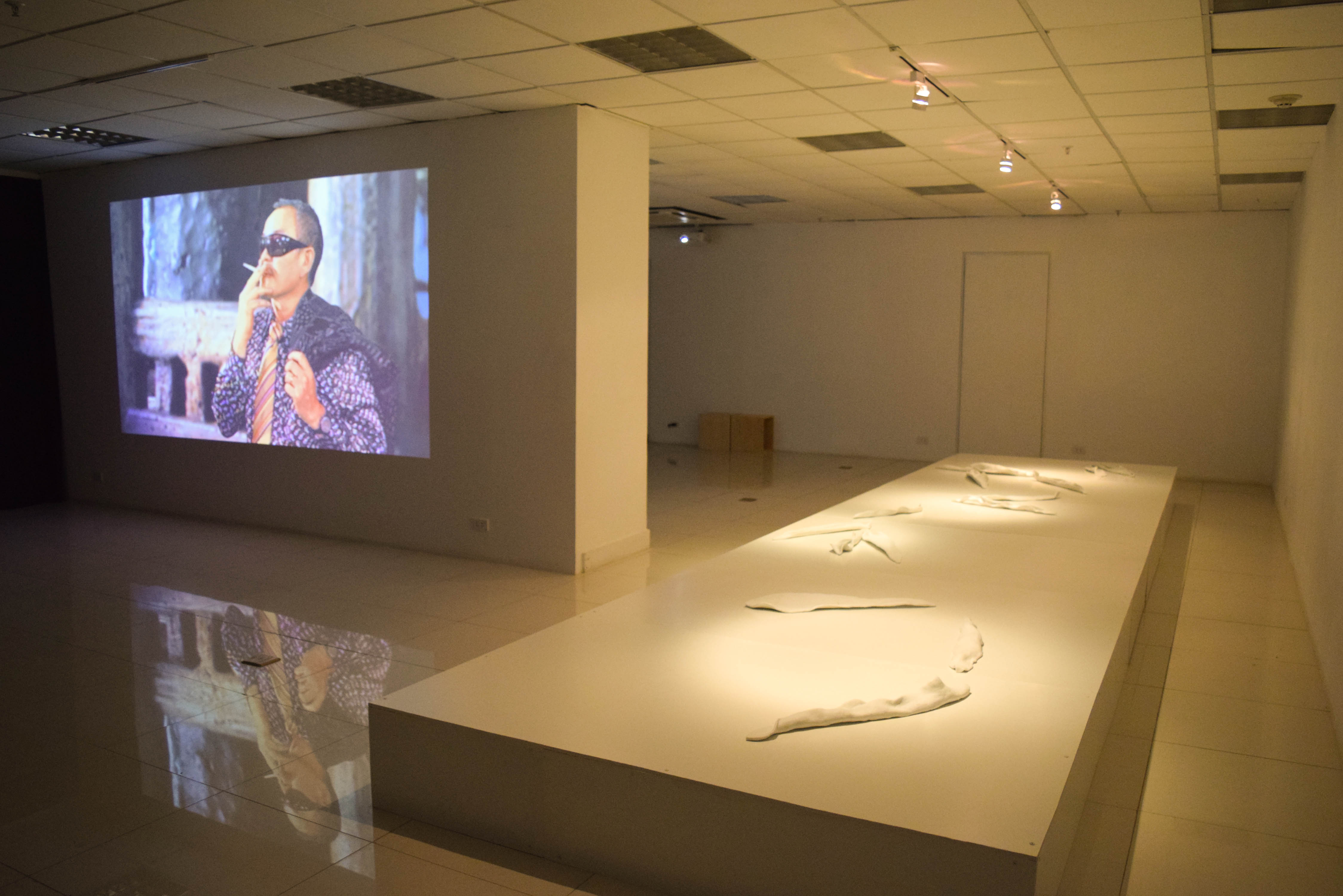 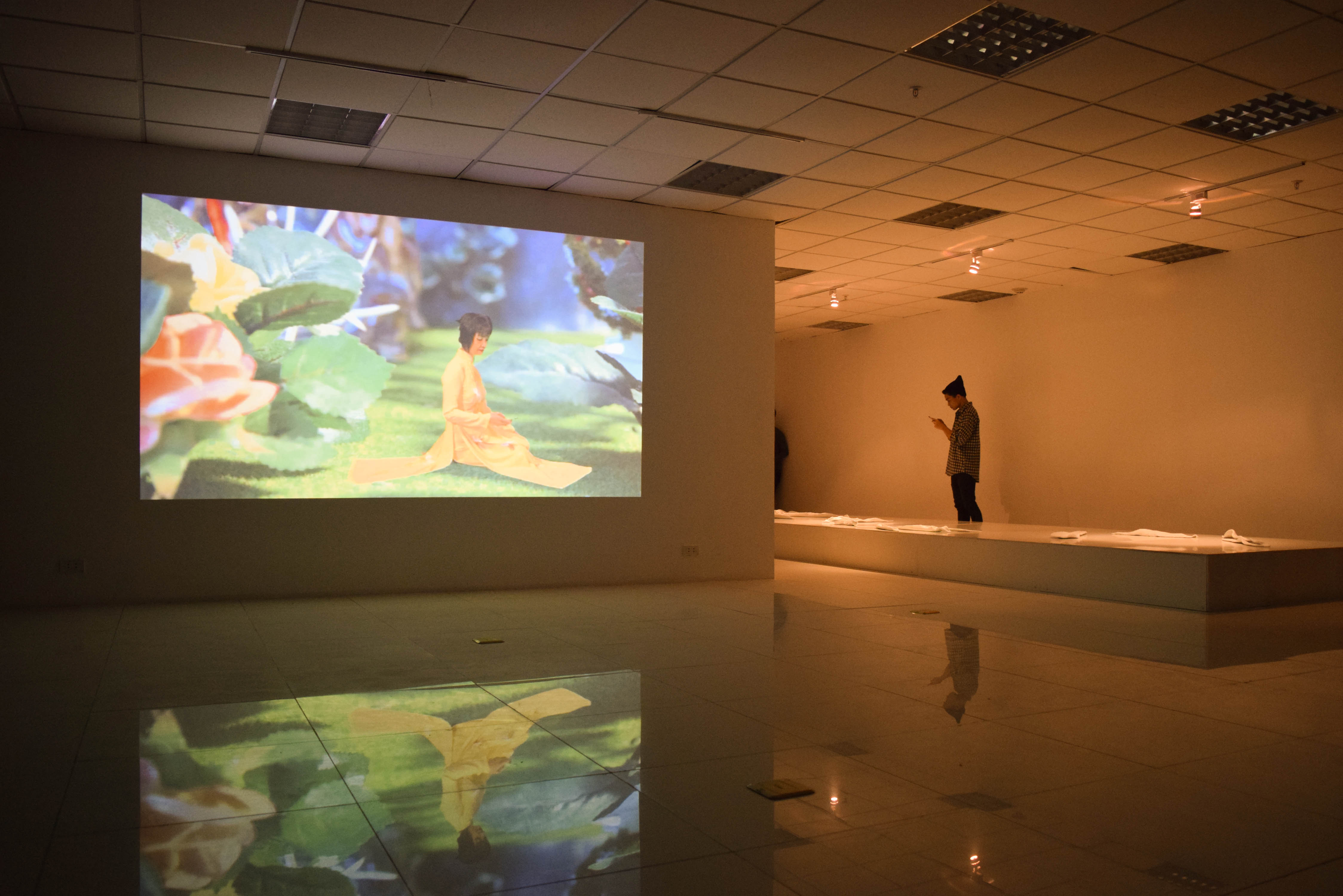 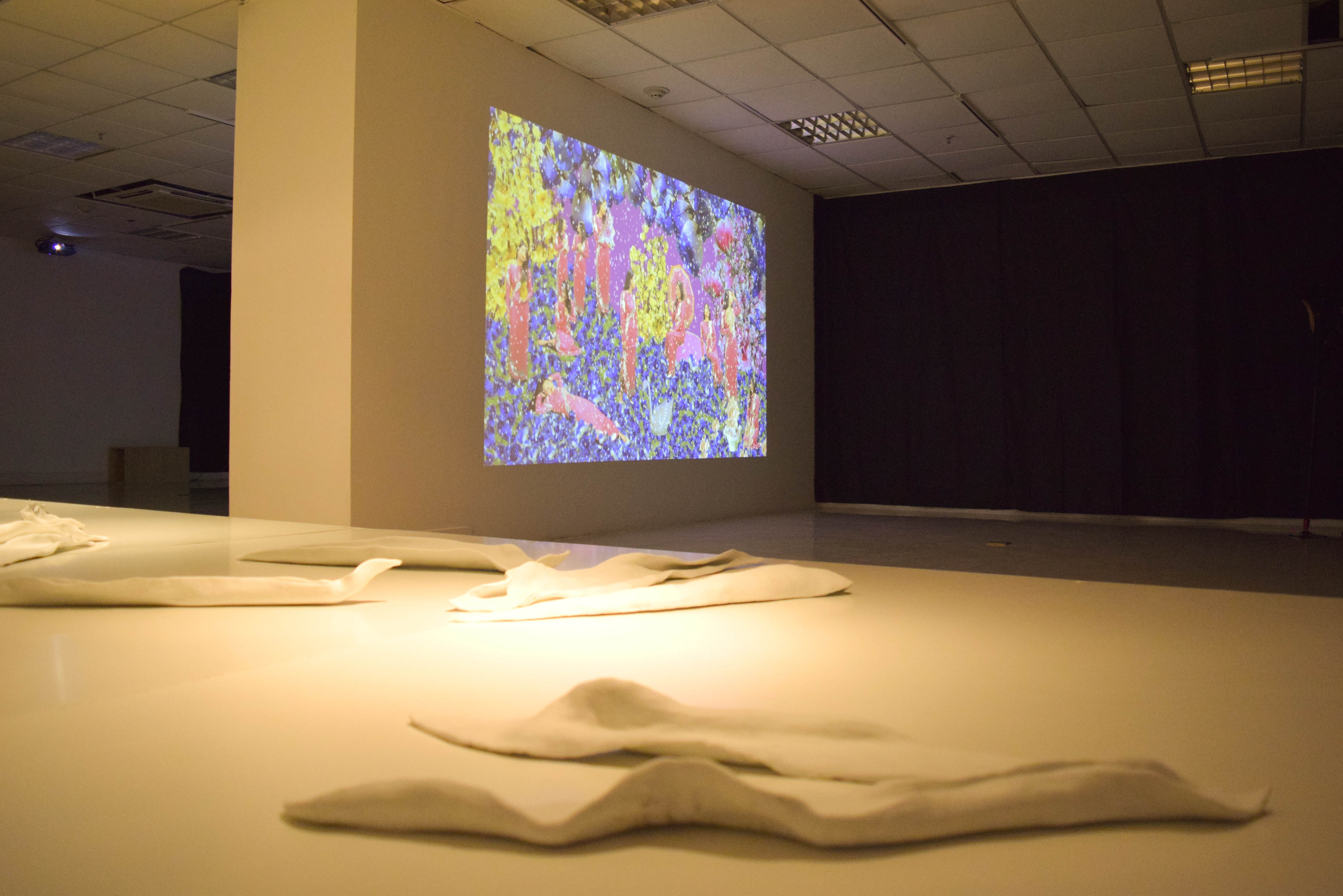 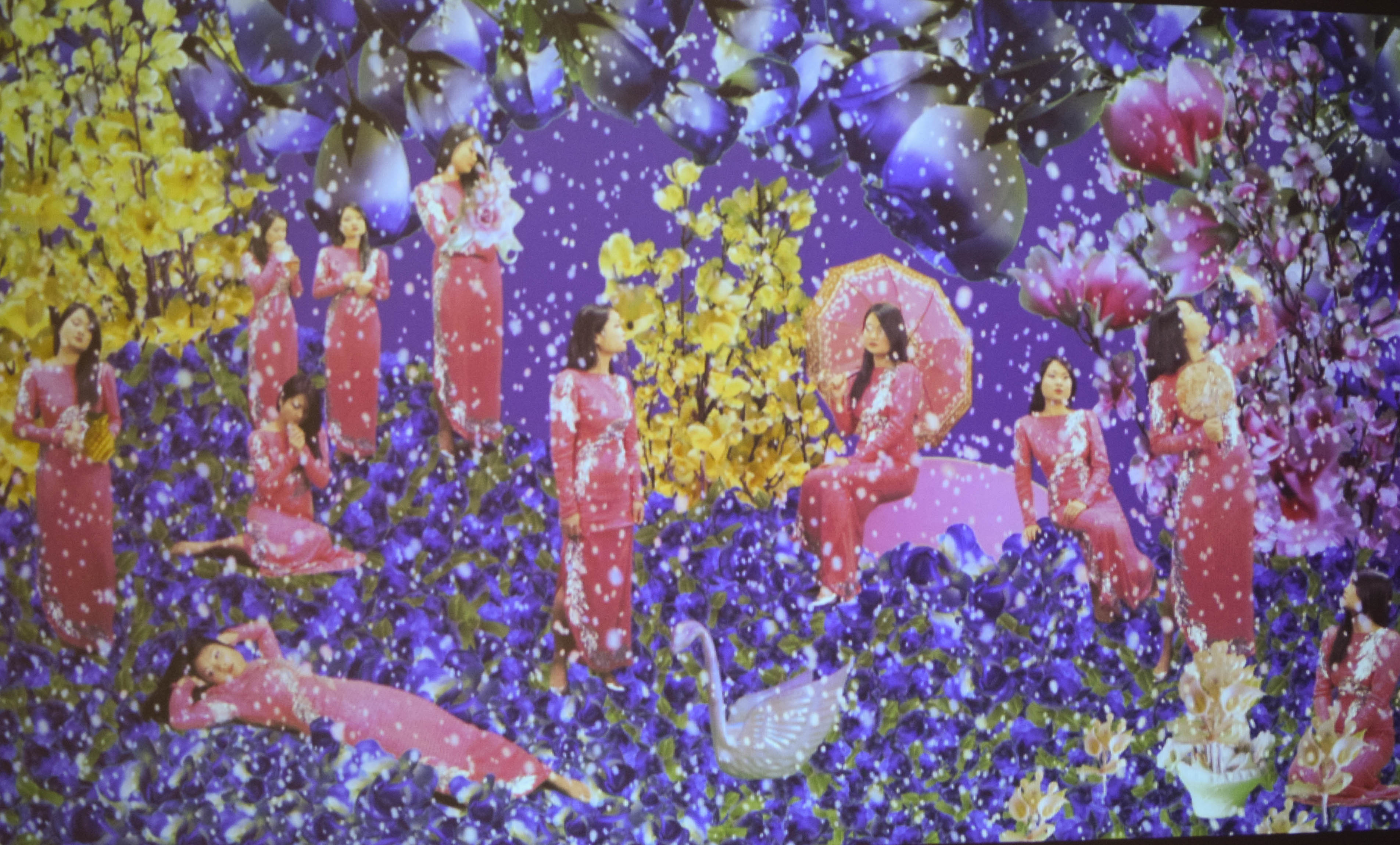 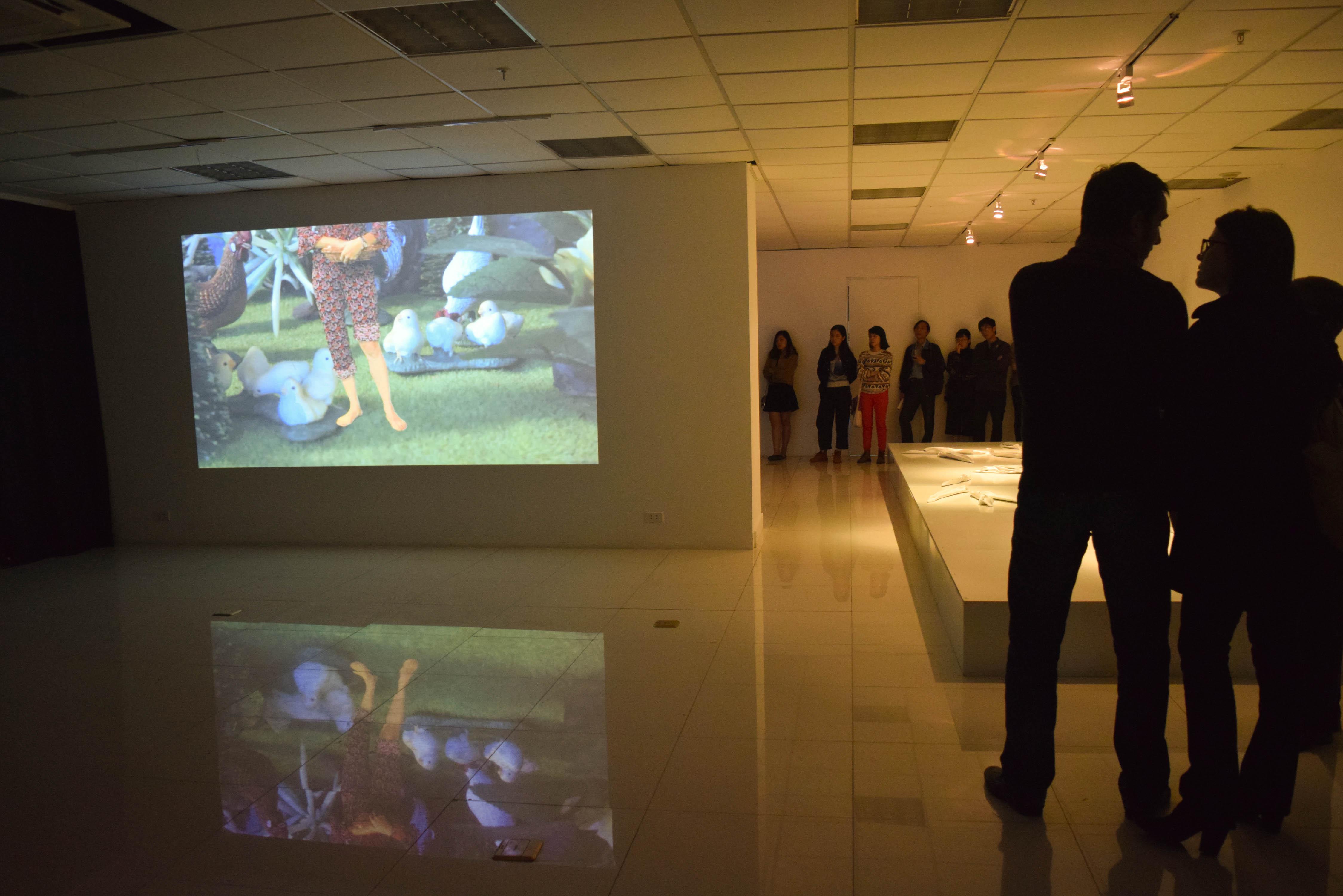 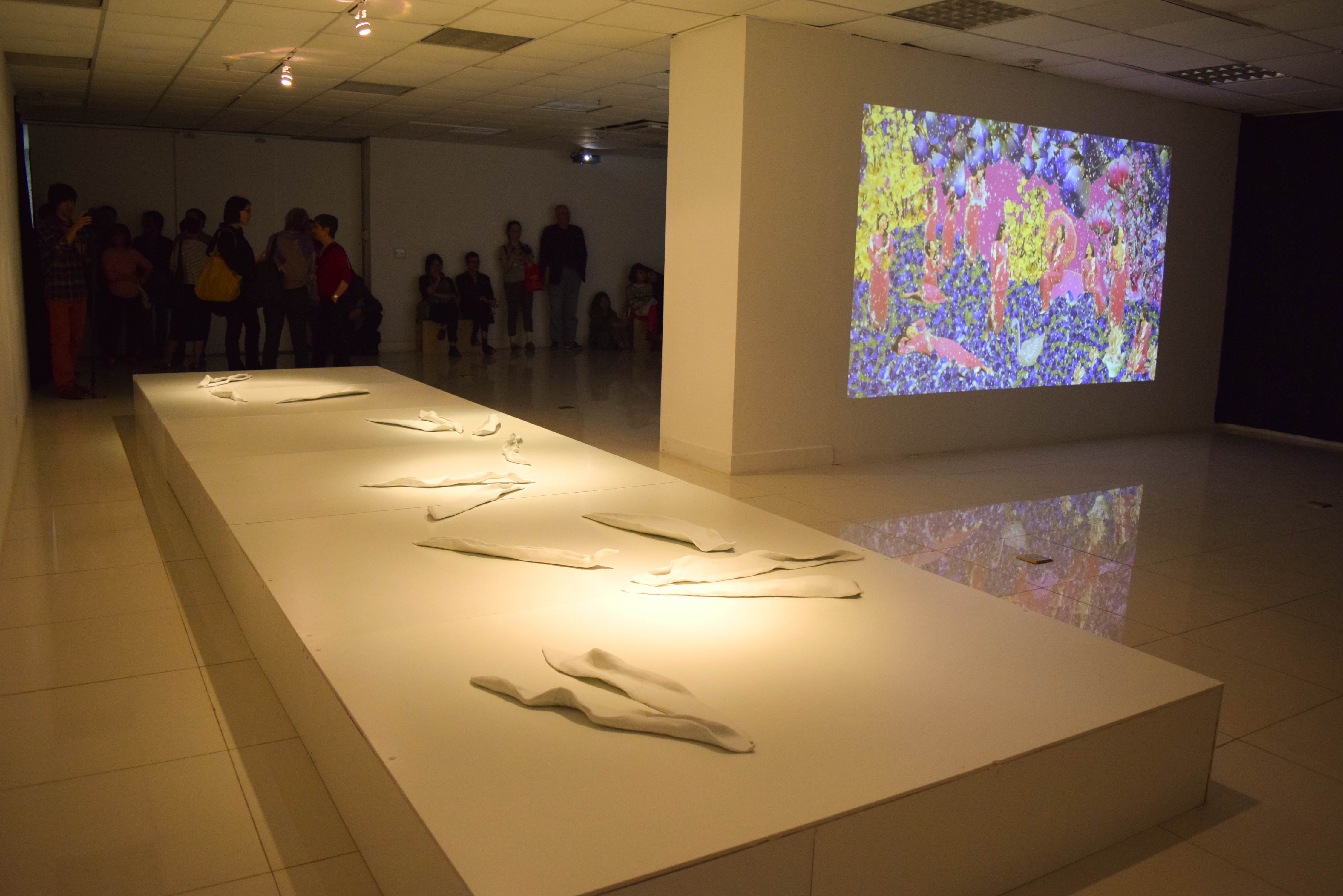 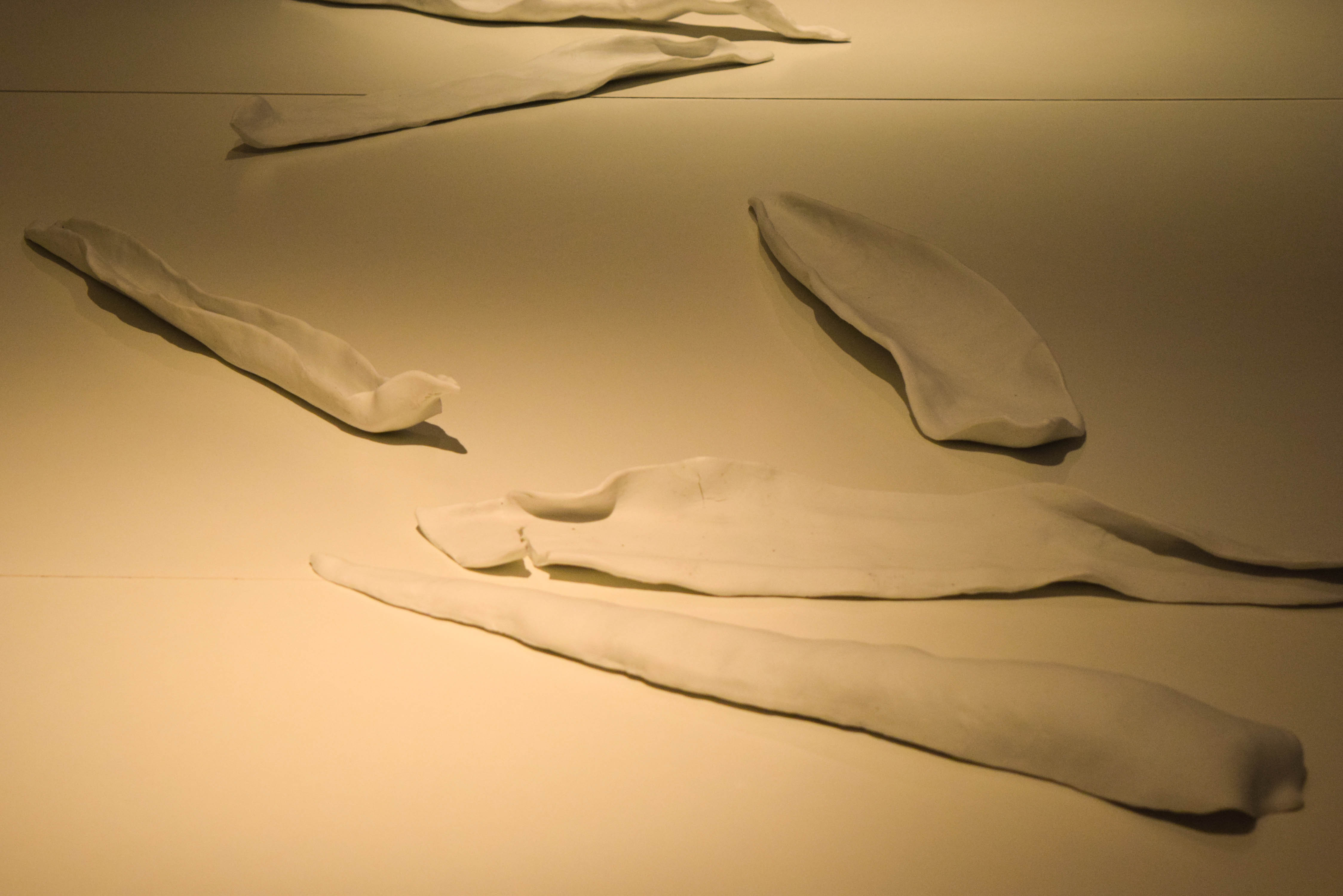 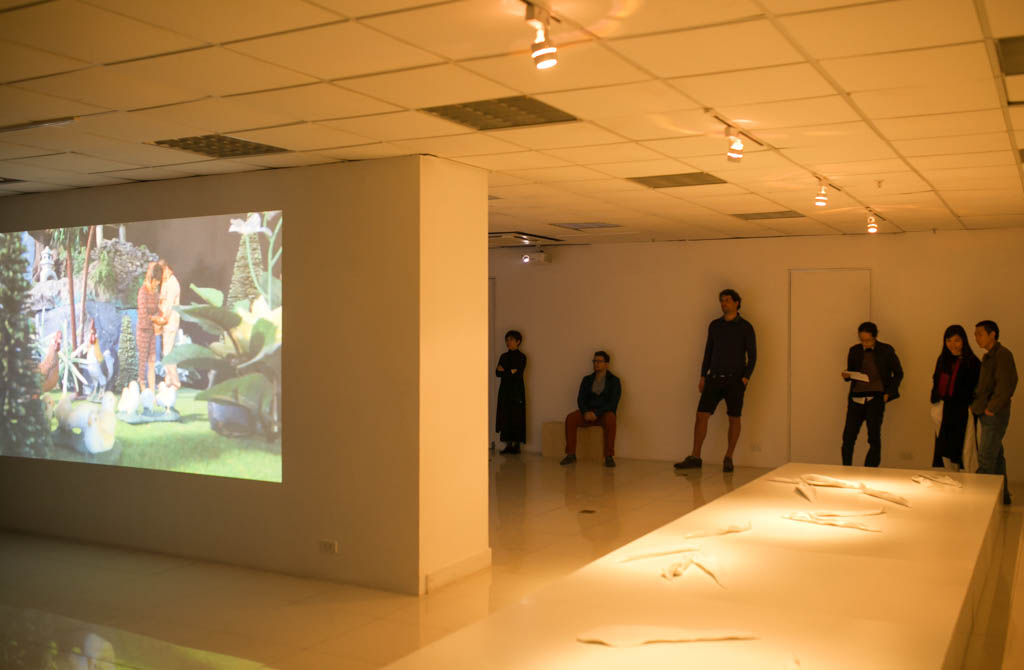 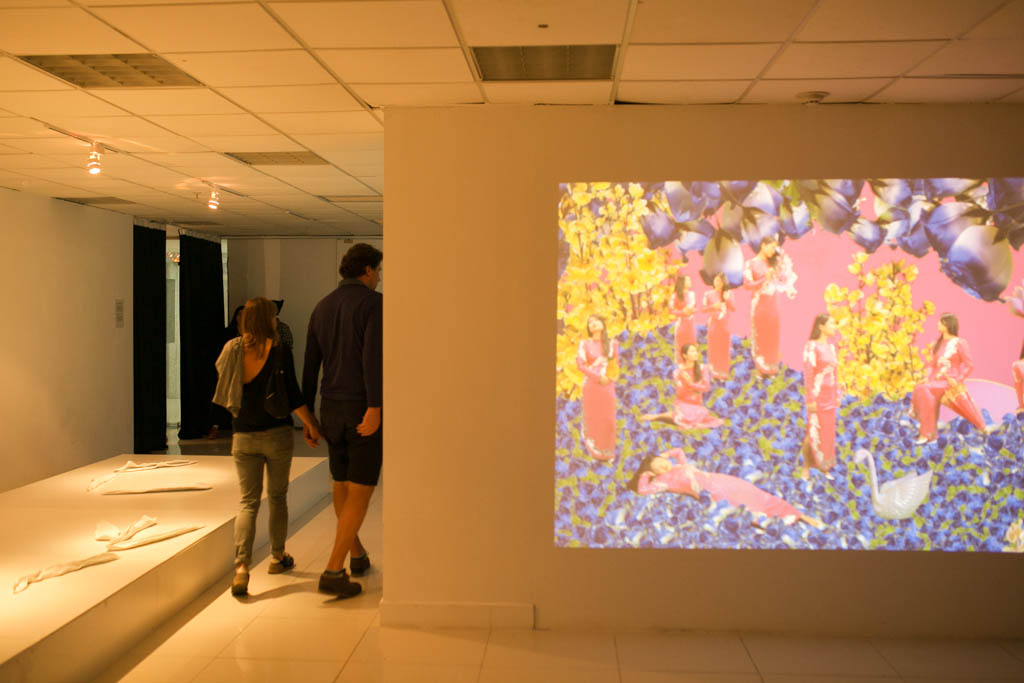 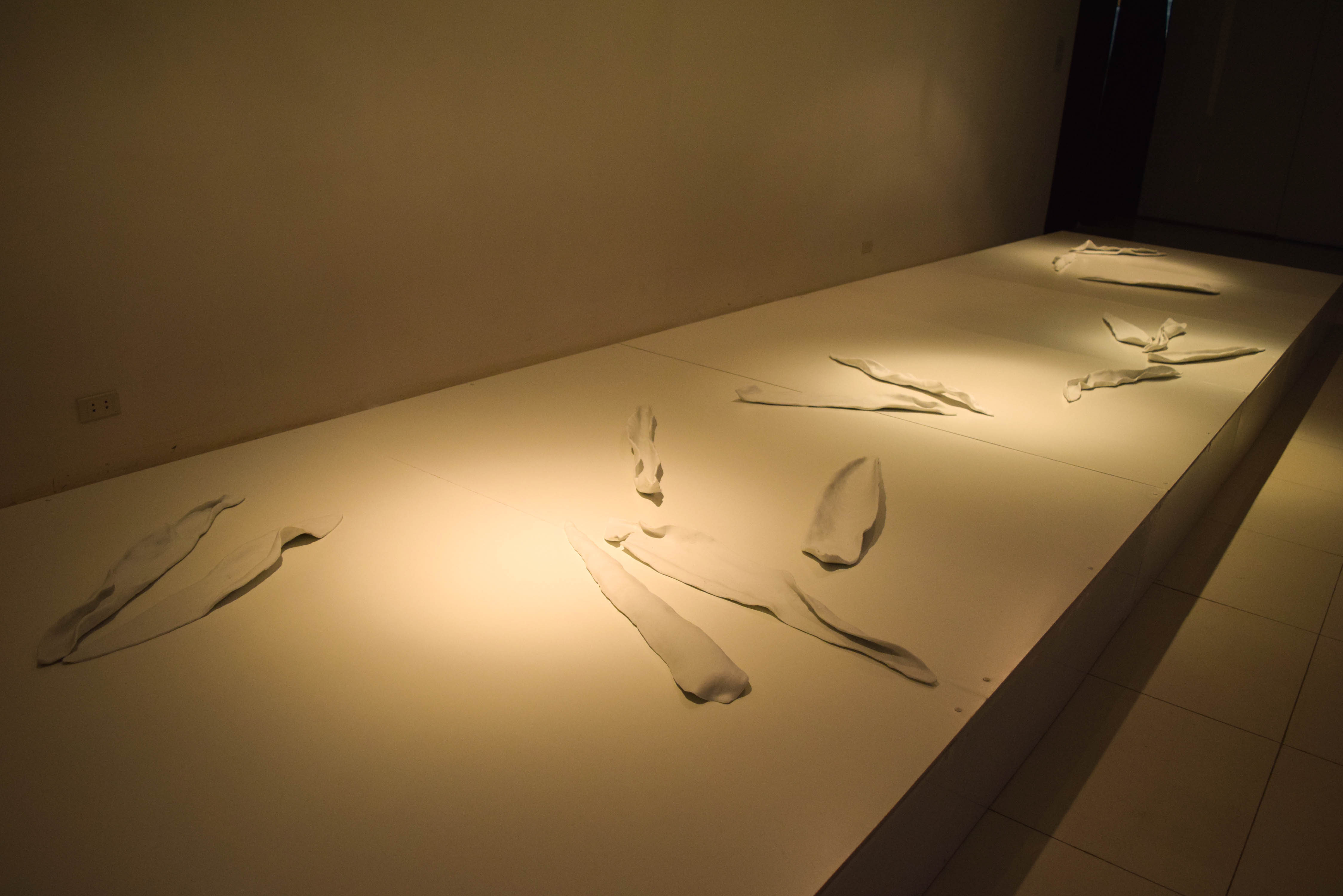 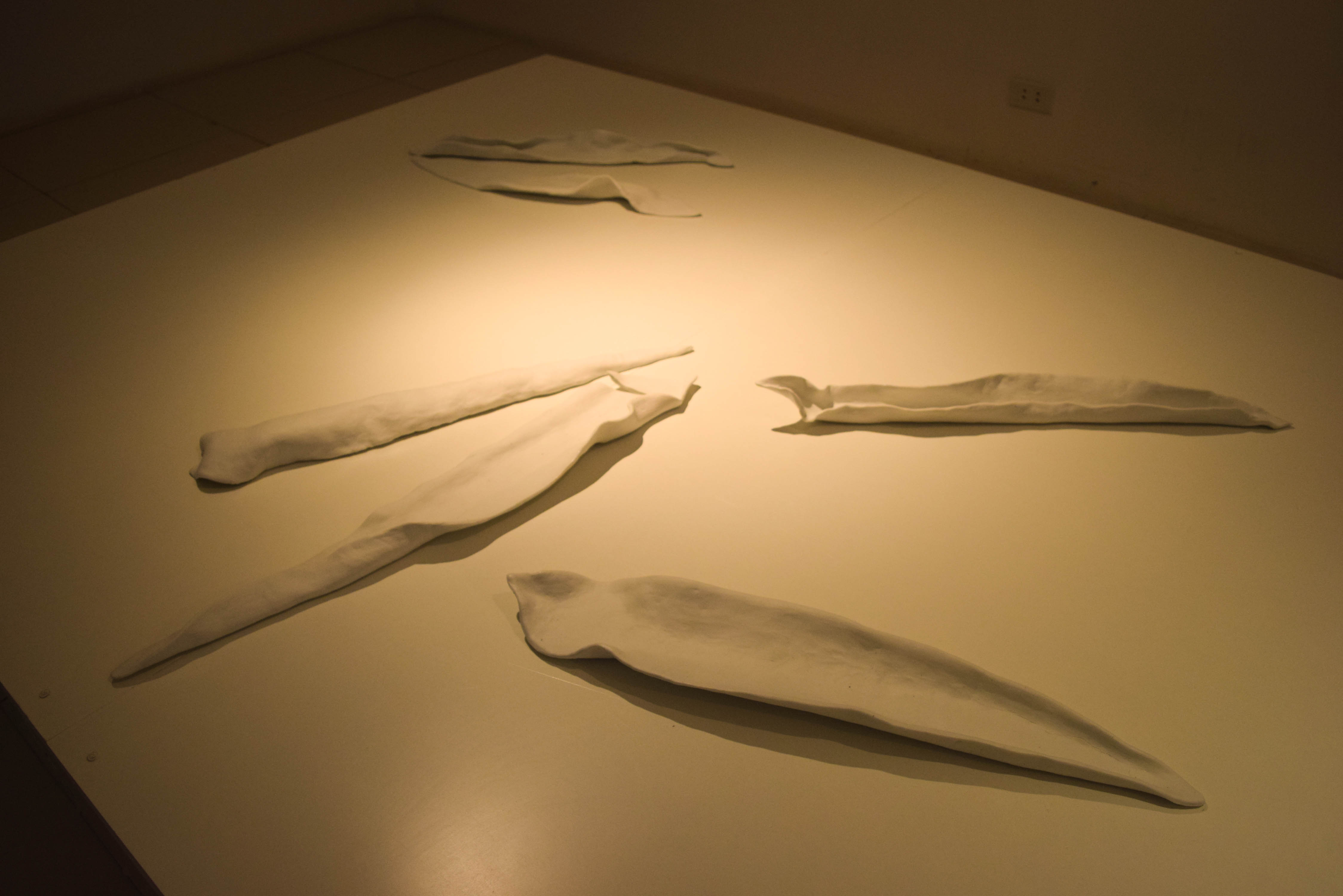 "Quỳnh by night" is the first solo exhibition by the artist Quynh Dong in Vietnam. She designs a spectacle with layers upon layers of images that has the ability to challenge the cultural stereotypes in representation and to create new perceptions in the most unexpected manner.

Interested in and inspired from the pop culture, Quynh Dong employs the material available in the tropes of the soap operas popular in Asia, the music prevalent in music shows or karaoke establishments, decorative miniatures, traditional paintings, common new year calendars, and children toys. Each and everyone of them is a copy-paste layering upon one another to construct a hyperspace overblown with questionable cultural motifs. Yet the assemblage is so harmonic, melancholic, sweet, and naïve that it renders the audience completely bewildered and constantly shaken as though they are stranded in between amusement and anxiety. In such plastic artificial world, the female characters, sometimes embodied by the artist herself, always appear in such a typical portrayal that prompts skepticism. Which possibilities shall emerge from this display of consumerism, of propaganda, of collective memories?

The exhibition receives support from the Swiss Embassy as a part of the activities to celebrate 45 years of Vietnam-Switzerland diplomatic ties.

Quynh Dong was born in Hai Phong, Vietnam in 1982. She studied at Design School in Biel/Bienne, at Bern University of Arts, Zurich University of the Arts and Rijksakademie van beeldende kunsten in Amsterdam. She recently completed her residency at MMCA Changdong run by National Museum of Modern and Contemporary Art, Korea in Seoul.