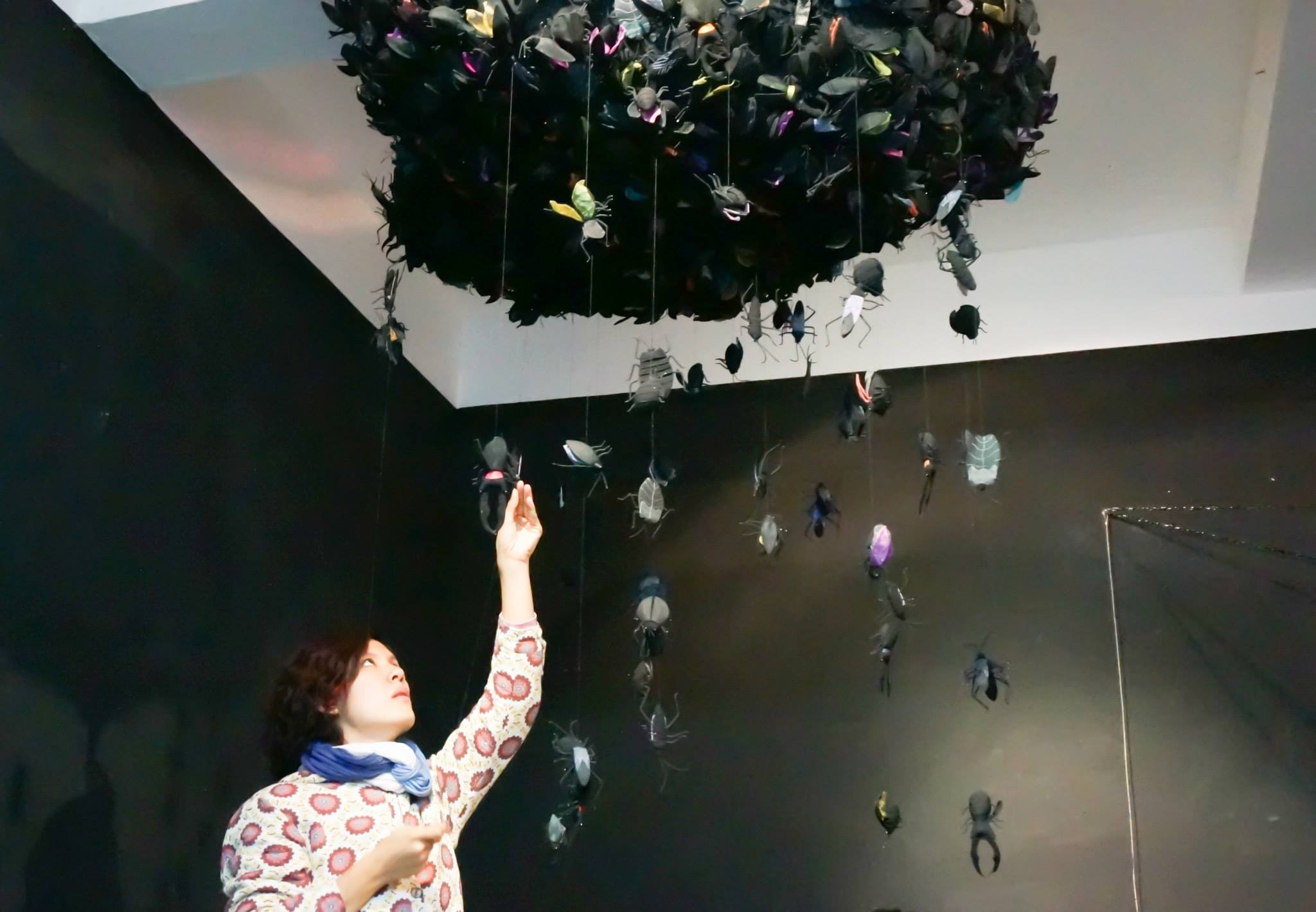 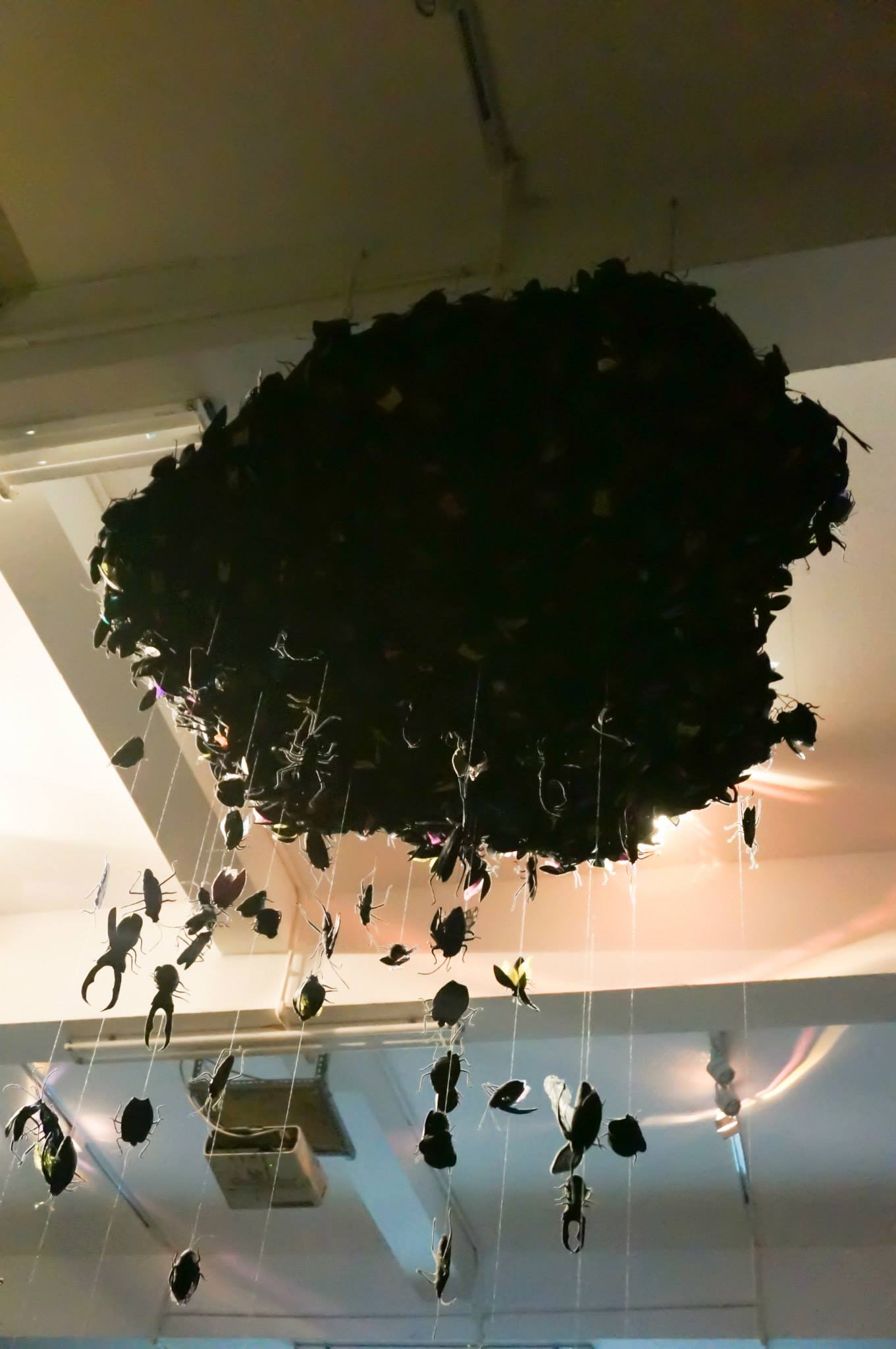 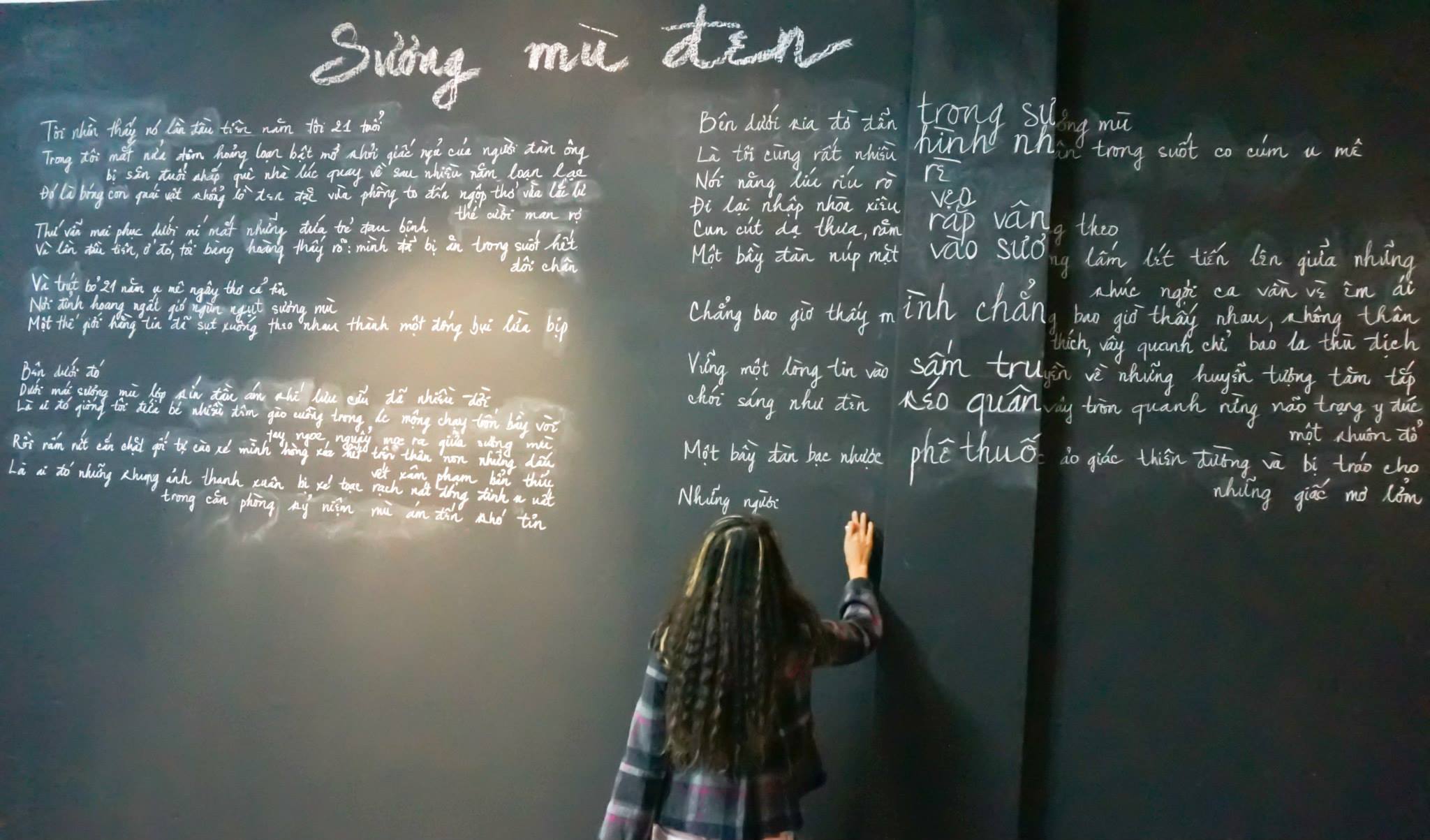 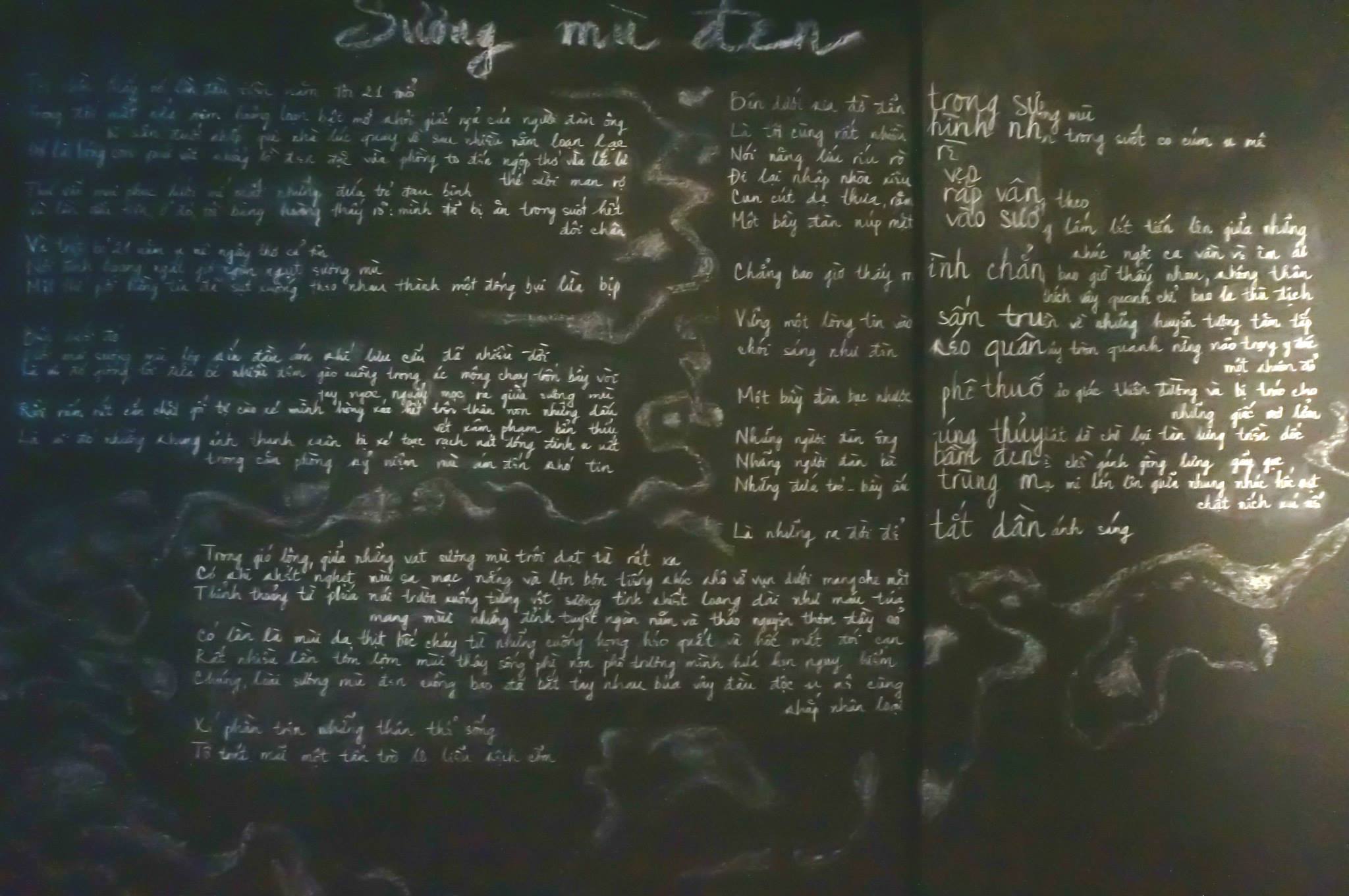 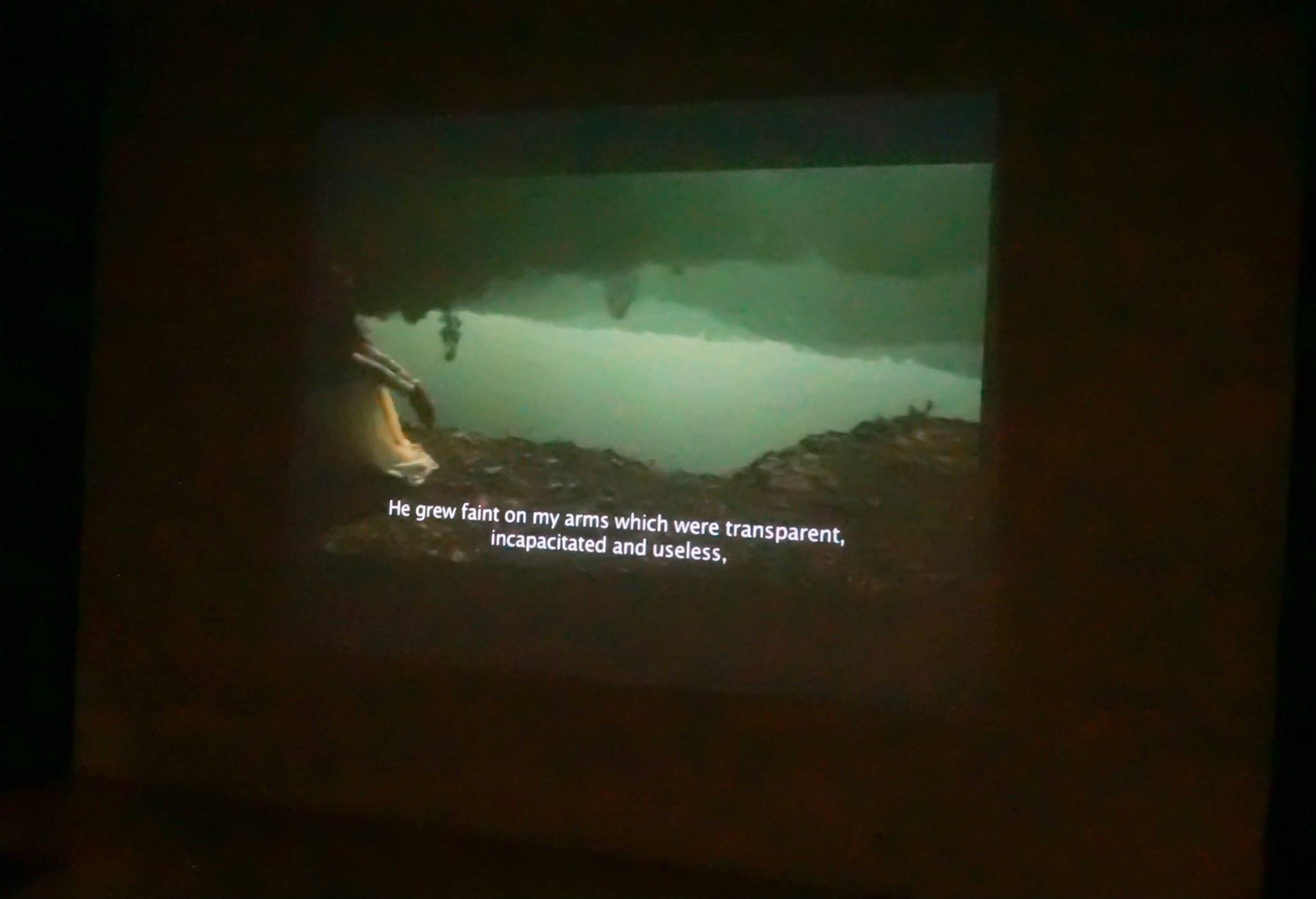 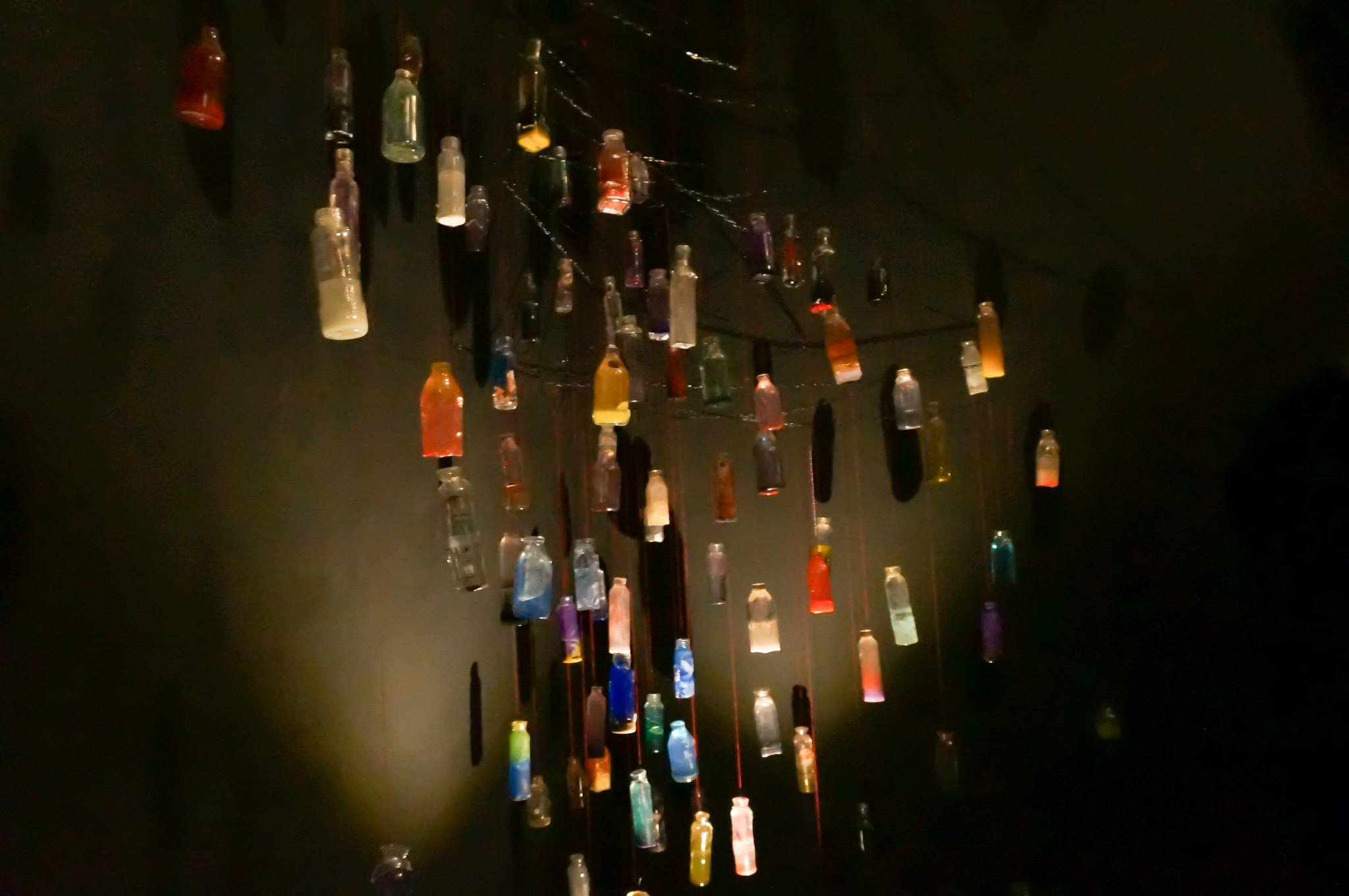 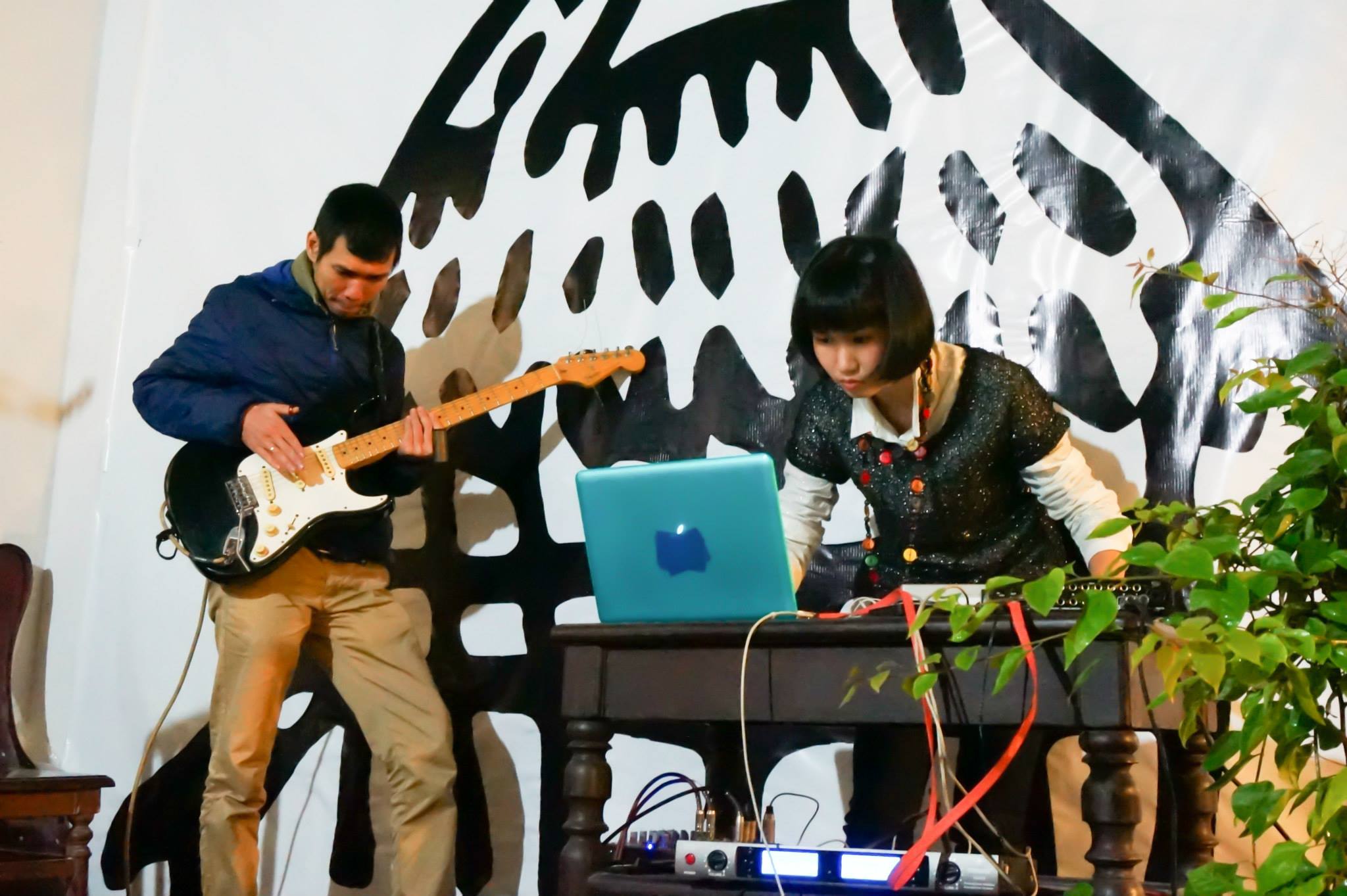 Black Fog was inspired by a poem under the same title by female poet Phuong Lan (aka. eL). The poem is a compression of eL’s hidden memories and obsessions since her childhood until the present. “From the day that I was born, fog has always been surrounding me. It has constantly possessed and presented itself in my world view. It covers my eyes like a layer of glass that refracts all forms of existence, isolates me and  separates everything from me. Itenvelopes and conceals truth in its immense cover of darkness. It is like a never-ending, suffocating and unescapable nightmare.”, said eL.

eL conveyed her feelings in the poem with her friends who have the same passion for arts like her. In turn, each of them has recited their perception of the poem using their own language and medium: Vo Tran Chau created “Silent, don’t make them flap their wings”; Dino Trung experimented it with a 17-minute video; and for Ta Bach Duong, the result was an installation entitled “Bottles of emotions”.

In a way, the project has created a lively, multisensory and multi-dimensionally obsessive space that invites viewers to step in and to experience the Black Fog in their own way.

The opening reception will also feature a special recitation of the poem by eL herself, together with a performance by two special guests and artists Nguyen Manh Hung and Luong Hue Trinh.